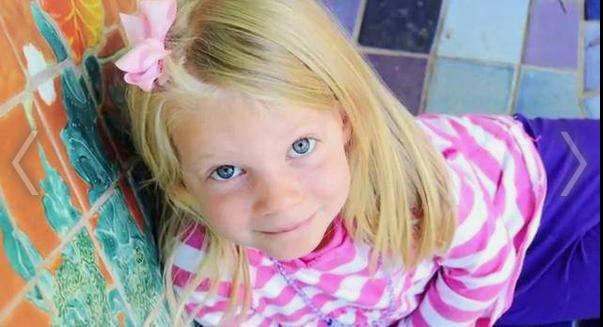 This is Emilie Parker. She was one of the 20 children an 6 adults murdered at Sandy Hook elementary exactly one year ago, on December 14, 2012. She was six. My own beautiful little girl just turned 7. This isn’t a story I can read about–let alone write about–easily. But the video below, created by her parents, is worth sharing. Especially today.

In the days just after the shooting, critics targeted Emilie’s father Robbie. In addition to those who took this tragedy as an excuse to attack his Mormon faith, there are still plenty of YouTube videos of his painful, awkward statements to the press just days after losing his little girl that claim to “prove” he was nothing but a paid actor.

That’s the world we live in. In the aftermath of such horrible, tragic, and senseless loss some people are so trapped in their own webs of bitterness or paranoia that they are literally unable to understand the anguish that others are experiencing. They are incapable of lifting their gaze above their own petty concerns. To be so incapable of perceiving the pain of others… how desolately alone they must be. The world is wrapped in shadow, and they are all but lost in the darkness.

And yet Emilie’s parents, Robbie and Alissa, have found their way through their valley of shadow. Alissa writes that when she learned that she’d lost her daughter, “I felt so consumed with how evil can be so powerful. And how… the evil won.” Today, however, she has found a kind of hard-won peace.

People ask: But where was your God when this happened? Why did he stop it? God allowed others to kill his son. He allows for us all to make our own choices, good and bad, because that’s the only way good can be in us. It’s if we freely choose it over all else. Evil didn’t win that day. We’ll carry on that love, like she had. It’s quiet. It’s not on the news. It takes effort to find. But what I’ve realized through all this is how strong and how big God’s love really is.

I will say the callous thing first: Alissa’s theology doesn’t make sense to me. The argument from free will does not convince me, because God doesn’t always allow the evil to fulfill their plans. Sometimes He intercedes. Other times, He does not. Why? There is no answer I have found to satisfy my heart or my mind.

And yet my logical complaints are overwhelmed by Alissa’s raw witness of God’s love. She has been down a road so dark I cannot even bear to imagine it. And she tells me she knows “how big God’s love really is.” It’s not the answer that I want to my questions. But it is an example of how to live a life of love in the face of pain and evil, and one that leaves me speechless in humility.

I do not understand, but I am humbled by her testimony. And I too, would believe.

I have faith but I sometimes find that the storms around me make my heart quail and I begin to sink. And at times like that, Christ extends a hand through the people around me, people like Alissa, to keep me from going under.

1 thought on “Evil Did Not Win”