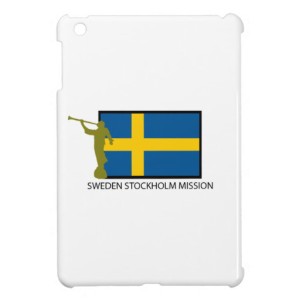 The Nordic countries (particularly Sweden) have been held up by many as the utopias of the future. But journalist Michael Booth has a recent piece in The Guardian demonstrating that the praise may be overdone. For example, the OECD reports that Danes work fewer hours per year than most of Europe while having the highest level of private debt in the world. They even have the fourth largest per capita ecological footprint in the world (higher than the US). But if you ask the Danes, “they will tell you that the Norwegians are the most insular and xenophobic of all the Scandinavians, and it is true that since they came into a bit of money in the 1970s the Norwegians have become increasingly Scrooge-like, hoarding their gold, fearful of outsiders.” Booth describes Sweden as having a “distinctive brand of totalitarian modernism, which curbs freedoms, suppresses dissent in the name of consensus, and seems hell-bent on severing the bonds between wife and husband, children and parents, and elderly on their children. Think of it as the China of the north. Youth unemployment is higher than the UK’s and higher than the EU average” and “integration is an ongoing challenge.” Perhaps this is why the Nordic countries have been cutting back their welfare states (which helped end Sweden’s depression in the 1990s). The market has been taking over Sweden’s health care system, with Swedes increasingly purchasing private health insurance.

I’m curious as to whether the U.S. should be looking across the pond for a Rawlsian utopia or if the answer can be found in some of its own metropolitan areas. As sociologist W. Bradford Wilcox points out,

According to a recent study from Harvard and UC-Berkeley, out of the largest 100 metropolitan regions in the country, the Salt Lake City area is best at promoting absolute economic mobility for lower-income children…Children from the bottom 20% of the national income distribution in the Salt Lake City region were more likely to “reach the top 20% of the national income distribution” as adults than poor children hailing from any other major metropolitan region in America…[T]he Harvard-Berkeley study…found that the most powerful (negative) correlate of such mobility was the share of single moms in a region. This means that children were most likely to realize the American dream when they came from regions—like the Salt Lake City area—with comparatively strong families.Utah, for instance, has some of the lowest rates of nonmarital childbearing and highest shares of its adult population married of any state. Likewise, the study also found that the strength of a region’s civil society was strongly correlated to economic mobility. Communities rich in social capital and religiosity, for instance, were more likely to foster economic mobility for children. And Utah is one of the most religious states in the country, and it scores high on national indices of social trust…[R]ealizing the Rawlsian vision of justice for the least among us, and giving poor kids a shot at the American dream, may depend on the nation’s capacity to revive communitarian virtues and institutions.

So, which utopian model is best: the Mormons or the Swedes?1

4 thoughts on “Who Is More Rawlsian: Mormons or Swedes?”