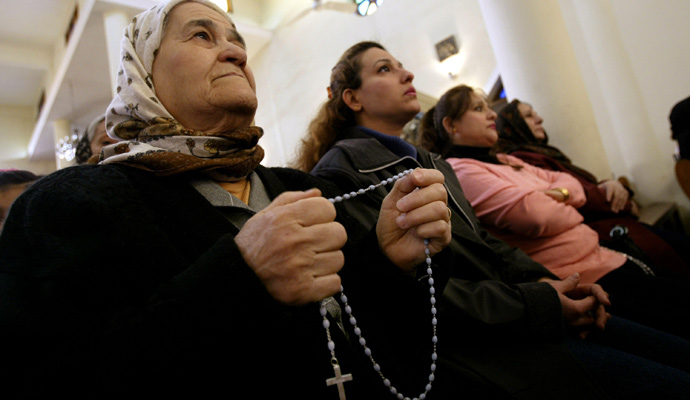 In Egypt, a 17-year-old boy is choked by his teacher and then beaten to death by his classmates for defiantly displaying his cross necklace. A rumored relationship between a Muslim girl and a Christian boy leads “to the burning of multiple churches, and the imposition of a curfew on a local Christian population.” In June 2013, “a cluster of Christian villages was totally destroyed” in Syria and “of the 4,000 inhabitants of the village of Ghassanieh… no more than 10 people remain.” In Iraq between 2004 and 2011, “the population of Chaldo-Assyrian Christians fell from over a million to as few as 150,000.” So reports The Week, which goes on to note “the clueless and callous behavior of Western governments in these episodes.” While “Western activists and media have focused considerable outrage at Russia’s laws against “homosexual propaganda” in the lead-up to the 2014 Sochi Winter Olympics,” they fail to “protest (or at the very least notice) laws that punish people with death for converting to Christianity.” As journalist Ed West, “citing the French philosopher Regis Debray,” puts it: “The victims are ‘too Christian’ to excite the Left, and ‘too foreign’ to excite the Right.”