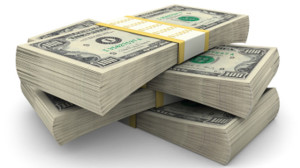 Sam Polk, a derivatives trader who earned millions of dollars a year for several years working on Wall Street wrote a piece for the New York Times that I found well worth reading. It largely speaks for itself, but I’d like to mention how frightening it is to see the difference in attitudes between people like Sam Polk’s colleagues and “regular” people. Polk paints a picture of a culture in which the only thing that has any meaning is money, and money, for many of them, is little more than a status marker, like a high score in a video game. They’re addicted, and they’ll do anything to maintain their high.

I’m not one to begrudge anyone their fortune, at least as long as they’ve earned it within the bounds of the law and ethical standards, but it forced me to wonder if my own personal pursuit of some modicum of wealth is or may get in the way of the things that actually make me happy. Am I more interested in simply “having” the money, or do I actually want it for some worthwhile purpose: financial security, putting my future kids through college, giving to charity, learning new things, developing things that make people’s lives better?