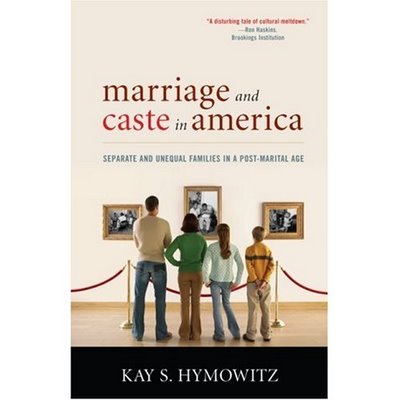 Kay Hymowitz of the Manhattan Institute has an excellent article in The New York Times on single motherhood and the outcomes of children. Hymowitz is no amateur to the subject and she cites an impressive amount of research. For me, one of her most interesting links was a study that “found a connection between the size of a welfare state and rates of both nonmarital births and divorce. Even if you believe that enlarging the infrastructure of support for single-parent families shows compassion for today’s children, it’s not at all obvious that it shows much concern for tomorrow’s.”