Back in 2011, I graduated from the University of North Texas with a BBA in Organizational Behavior & Human Resource Management. My excitement over it was lackluster to say the least. I rarely mentioned my upcoming graduation in the months prior. My own sister hadn’t even been aware I was graduating until afterwards (much to her irritation). I wrote my thoughts about my business education over at The Slow Hunch, noting its pros and cons:

While it may be true that businessmen and economists alike are not as accustomed with philosophy, ethics, or literature as they should be, this does not by default mean that the philosophers opining on the state of the economy have any justification for doing so. Business majors may need to crack open the work of Aristotle, but liberal arts majors would do well to be acquainted with Economics 101. Why? Because one advantage of business education is the focus on practical application, even in management. Theory is important, but whether it actually works is critical.

I didn’t stop with just business majors, but instead commented on the state of higher education as a whole:

The critiques of business education are valid. However, before the [insert liberal arts degree] majors begin their victory dance or crowing about their more nuanced understanding of the world…it should be pointed out that this decline in business major standards is fairly typical across the board. I often quip that the bachelor degree is the new high school diploma. Given the grade inflation that has taken place over the past several decades, I think it is fair to say that higher education as a whole has suffered. Economist Richard Vedder has found that “some 17,000,000 Americans with college degrees are doing jobs that the [Bureau of Labor Statistics] says require less than the skill levels associated with a bachelor’s degree.” With tuition increasing, Vedder has no problem labeling the push for more college graduates a scam. Vedder explains, “Employers are using education as a screening and signaling device, at a low cost directly to them (although not costless because of the taxes they pay to sustain much of this), but at a high cost to the prospective employees and to society as a whole.” Apparently, another type of bubble has popped: higher education.

A new report from the Lumina Foundation and Gallup fuels my pessimism:

There is a disconnect between what business leaders need and what higher education institutions think they are producing. A separate Gallup study for Inside Higher Ed finds that 96% of chief academic officers at higher education institutions say their institution is very or somewhat effective at preparing students for the world of work. Quite the reverse, business leaders say that college graduates do not have the skills that their particular businesses need such as applicable knowledge and applied skills in the field. Even though leaders are not yet turning to foreign-born workers when hiring, they favor increasing green card policies for foreign-born international graduate students in the U.S.

This is likely why “a strong majority of business leaders favoring an increased level of collaboration between higher education institutions and businesses. An increased level of collaboration will benefit both business leaders and higher education institutions in preparing students with the right knowledge and applied skills so that they are ready for the real world and have the best opportunity to find a good job.”

While we may be complacent in thinking the shiny degree hanging on the wall means we’re educated and highly-skilled, business leaders are providing a much-needed wake up call. It’s not about the piece of paper, but what you can actually do. In the immortal words of Alec Baldwin in Glengarry Glen Ross, “You wanna work here — close.” 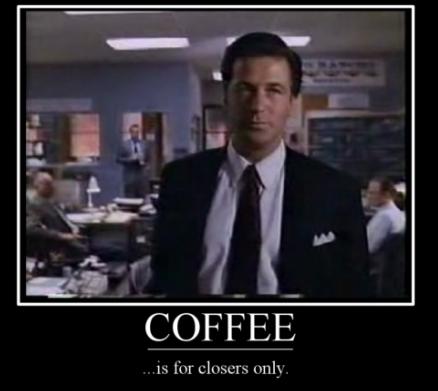