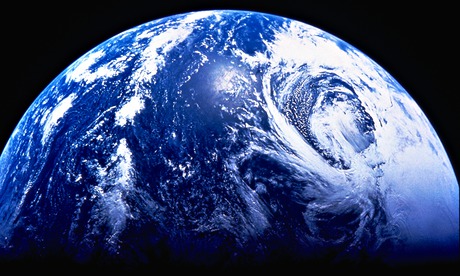 Having failed to stem carbon emissions in rich countries or in rapidly industrialising ones, policy makers have focused their attention on the only remaining target: poor countries that do not emit much carbon to begin with.

So begins a recent op-ed in the Financial Times by Roger Pielke (University of Colorado) and Daniel Sarewitz (Arizona State University). The attempt to cap carbon emissions in developing countries has vast consequences for the poor:

A recent report from the non-profit Center for Global Development estimates that $10bn invested in renewable energy projects in sub-Saharan Africa could provide electricity for 30m people. If the same amount of money went into gas-fired generation, it would supply about 90m people – three times as many.

In Nigeria, the UN Development Programme is spending $10m to help “improve the energy efficiency of a series of end-use equipment . . .in residential and public buildings”. As a way of lifting people out of poverty, this is fanciful at best. Nigeria is the world’s sixth-largest oil exporter, with vast reserves of natural gas as well. Yet 80m of its people lack access to electricity. Nigerians do not simply need their equipment to be more efficient; they need a copious supply of energy derived from plentiful local sources.

Or consider Pakistan, where energy shortages in a rapidly growing nation of 180m have led to civil unrest – as well as rampant destruction of forests, mostly to provide firewood for cooking and heating. Western development agencies have refused to finance a project to use Pakistan’s Thar coal deposits for low-carbon natural gas production and electricity generation because of concerns over carbon emissions.

This is worth considering, especially on the heels of Nathaniel’s climate science post. Science writer Matt Ridley has compared the policies proposed to address climate change to a tourniquet being used to stop a nosebleed: the bleeding is real, but the solution will do more harm than good. It is actually my acceptance of climate change that drives my support for innovation-based solutions. It strikes me as morally wrong to deny the poor energy consumption (such as a washing machine). As Pielke and Sarewitz write,

…[I]f the rapidly urbanising poor are to have any chance of prosperity, they need access to energy on the same scale as all modern economies. Climate activists warn that the inhabitants of poor countries are especially vulnerable to the future climate changes that our greenhouse gas emissions will cause. Why then, do they simultaneously promote the green imperialism that helps lock in the poverty that makes these countries so vulnerable?