Nathaniel’s recent post on Newton and Parsons raises some very good points about science and the very things that it supposedly opposes, such as magic and the occult. As far as I understand things (feel free to correct me if I’m wrong), a fundamental belief for both scientists and esotericists is that the world follows certain patterns, and is governed by forces and laws that can be discovered, harnessed, and sometimes even manipulated, be it for good or for bad. It really shouldn’t be terribly surprising that an interest in one can include an interest in the other, yet the current, popular scientific narrative wouldn’t touch the esoteric with a ten-foot pole.

Pavel Florensky (1882-1937) is another of those immensely influential scientists that hardly anyone knows. He was also a mystic, Russian Orthodox priest, theologian, Symbolist, art critic, and martyr. Florensky’s book, The Pillar and Ground of the Truth, written as a sort of a vast dialogue with Christ on the topics of “Divine Truth, Beauty, and Goodness” as “revealed and manifested in Creation,” is filled throughout with dozens of mathematical formulas! If that weren’t odd enough, the math itself is explained in theological terms.1 This refusal to see the natural sciences as divorced from divine, spiritual matters allowed Florensky to make important contributions to both. He was led to radical developments in set theory by his interest in the mystical doctrine of Name-Worshipping, and during the early years of the Soviet Union he wrote scientific textbooks, helped electrify the country, and invented a non-coagulating machine oil while still serving as a priest. 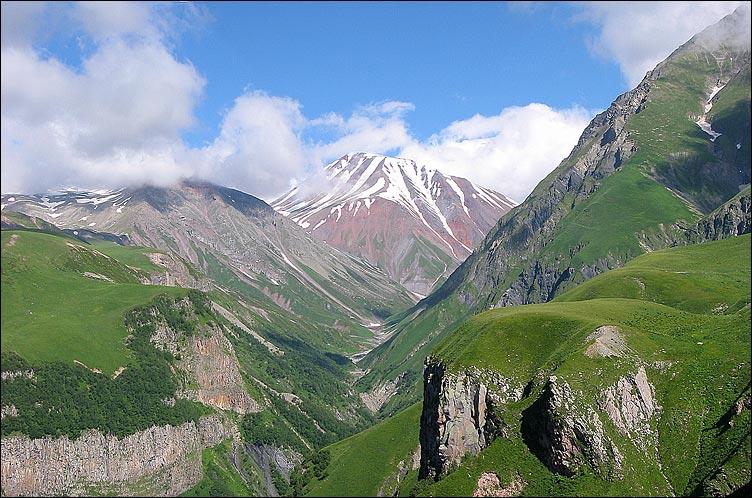 Florensky grew up in the Caucasus. He claimed that his childhood there lent him “an objective, noncentripetal perception of the world, a kind of inverse perspective” which allowed for a “penetration into the depth of things.” The Caucasus is a wild and mysterious region with snow-capped mountains, deep ravines, and roaring rivers. It exerted a tremendous influence on Russian writers, and although I had read extensively on it, nothing prepared me for my first glimpse of it. Pictures can never convey just how remarkable it is. I then understood instinctively Tolstoy’s laconic cry, “the mountains, the mountains,” and I confess to being a little awestruck even today.2 I share this because there really is a feeling there of a “native, solitary, mysterious and infinite Eternity, from which everything flows and to which everything returns,” as Florensky described it. Paradoxically, it was this other-wordly feeling that Florensky claimed enabled one to see the world as it really is. “The child has absolutely precise metaphysical formulas for everything other-worldly, and the sharper his sense of Edenic life, the more defined is his knowledge of these formulas.” It is hard to imagine someone like Wallace Stegner concurring with Florensky’s definition of objectivity, yet as Nathaniel noted, the scientific narrative has increasingly tended to absorb and adapt religious ones, resulting in something not far removed from Florensky’s objectivity.3

Florensky’s religious convictions eventually led to his imprisonment in a labor camp, where he was murdered in 1937.