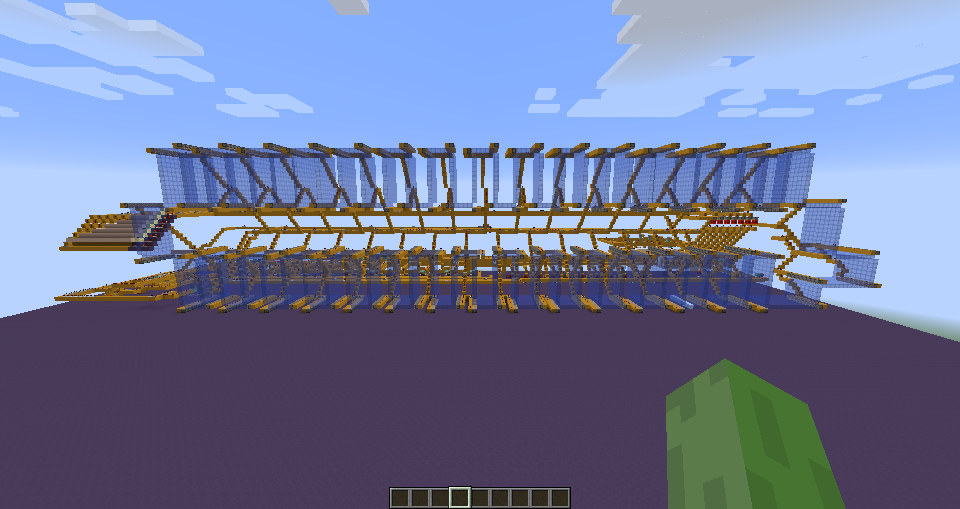 That picture, from this Imgur thread, is a working hard disk drive created entirely inside the game Minecraft. Minecraft, for those of you who live underneath a rock, is sort of like Legos but for video games: you can use cubes from a variety of different materials to build whatever you want in the game. In addition to the standard cubes, there are some rudimentary machines (like railroad carts and pistons) that you can power using something called redstone, which basically works like electricity. 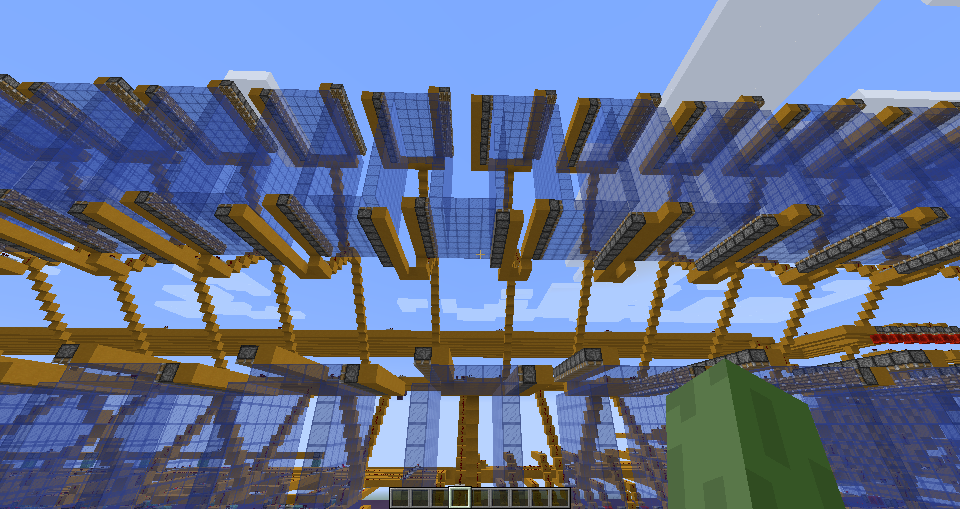 By using a whole bunch of pistons and some basic logic circuits made out of redstone, they created a fully-working, one kilobyte hard disk drive.1 There’s a control room that allows you to specify a location in the hard drive and then either read the data (see what is stored there) or write new data to that location. It even has indicator lights to let the operator know when the drive is busy and when it is available for new operations.

It’s a little bit past what my kids are ready for–although I did teach them to build redstone-powered roller coasters already–but it just goes to show how truly creative people can be when you give them the right tools. And Minecraft is a pretty nifty tool. As one commenter put it:

one day we will build a full computer in minecraft, then play minecraft on it.

In principle, there’s no reason why someone couldn’t do that. Give it another year or two, and we probably really will have have a fully-functioning Minecraft version of the Apple II or a Babbage difference engine.

2 thoughts on “A Working Hard Drive In Minecraft”