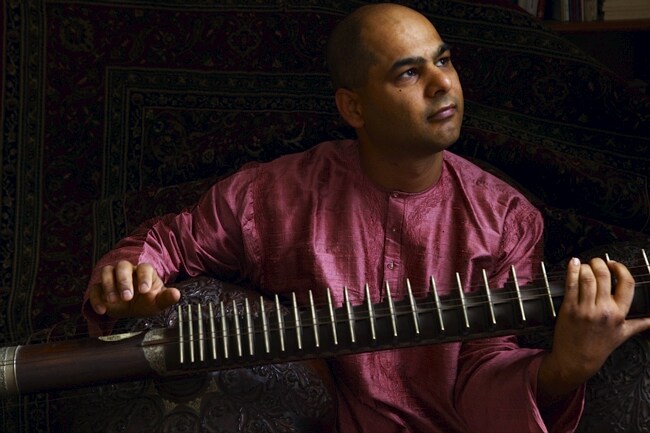 A lot of people are pretty angry about an OpEd Sunil Dutta wrote for the Washington Post. A sampling of reactions:

– Veteran Cop: ‘If You Don’t Want To Get Shot,’ Shut Up — Even If We’re Violating Your Rights (Huffington Post)
– To the Cop Who Told Me Not to Resist: Go F— Yourself (some random politics site)
– ‘If you don’t want to get shot, just do what I tell you,’ cop with Colorado ties writes (Fox affiliate)
– Column defending cops in Ferguson sparks online fury (CNN)

Let me first point out that, although most articles just call him “cop” and that might leave you the impression that he’s a stereotypical white police officer1, he’s actually an immigrant who was born and raised in Jaipur, India, a “scholar of Urdu mystical poetry and an Indian classical music form called Dhrupad,” and “a professor of homeland security at Colorado Tech University,” in addition to being a cop with the LAPD. For somebody with such an interesting background to show up in the midst of one of the most contentious episode of racial tension in the United States is worth noting. Life has a funny way of not fitting the narratives we expect it to.

The angry reactions to his post are also misguided. Dutta is actually making a reasonable case that doesn’t include limitless authority for cops. As he writes:

I know it is scary for people to be stopped by cops. I also understand the anger and frustration if people believe they have been stopped unjustly or without a reason. I am aware that corrupt and bully cops exist. When it comes to police misconduct, I side with the ACLU: Having worked as an internal affairs investigator, I know that some officers engage in unprofessional and arrogant behavior; sometimes they behave like criminals themselves. I also believe every cop should use a body camera to record interactions with the community at all times. Every police car should have a video recorder.

His point is simply that reacting aggressively to a cop is not a good response when the cop is issuing lawful orders and even, in almost all cases, when the cop has overstepped his or her bounds. There are checks and balances for holding individual cops accountable for individual abuse and also for holding entire units accountable for systematic abuse. Now, you could argue that those checks and balances are broken. That’s a serious consideration, but it doesn’t really have anything to do with Dutta’s argument. Even if the checks on police abuse are broken, responding by aggressively resisting police authority is illegal (in most cases) and stupid (in all cases).

Cops have wives and children they want to go home to, and they have to defend themselves in life-threatening situations. This includes situations where they are dealing with an unarmed person.

There are no national statistics on how many times officers’ guns are taken away. But the FBI says that of the 616 law enforcement officers killed on duty by criminals from 1994 through 2003, 52 were killed with their own weapon, amounting to 8 percent. (PoliceOne.com)

So the mere fact that you don’t have a gun doesn’t mean that a cop doesn’t see you as a threat. You are a threat, and cops know that because they know nearly one in 10 of their fallen brothers and sisters was brought down with their own weapon. One of the problems here is that cops understand violent encounters. Bystanders and arm-chair lawyers don’t. Civilian reactions of “couldn’t the cop have used a taser?” or “couldn’t they have shot him in the leg?” or “why did they have to shoot him so many times?” are almost invariably founded in ignorance.

The deeper reality is that government is defined by the exclusive right to exercise force. We can go back almost 100 years to the political theorist Max Weber. He defined the state as a “human community that (successfully) claims the monopoly of the legitimate use of physical force within a given territory.” A state is defined as the group with the monopoly on violence. In practice, individual people are invested with the monopoly on violence. We call them law enforcement officers. It’s not fair and it’s not supposed to be fair. It’s a monopoly. They have broad legal rights to use force on you. You don’t, except in very narrow and practically useless situations2, have a right to use force on them.

Unless you reject all government, this is a state of affairs you will have to learn to live with. That doesn’t mean that we can’t change anything about our current system. Arguments about how the police use their authority to boss people around are reasonable. Arguments about whether the police can boss people around are not. Rejecting the authority of cops wholesale–which is what a lot of the anger seems to boil down to–is like getting upset that in a democracy sometimes the majority does the wrong thing. It’s s defect, but there’s no better alternative.

If there’s one criticism I have of Dutta’s piece, it’s that he acknowledges individual acts of police corruption but not the possibility of systemic injustice. That is the real issue here. It still doesn’t change his central point, however, and no amount of anger will.