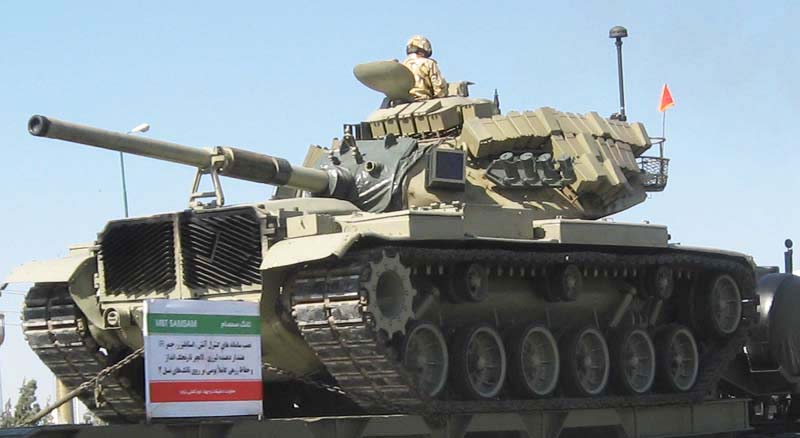 The War is Boring blog at Medium has a fascinating post about Iranian M-60 tanks being spotted in Iraq on their way to help the Kurds push back ISIS militants from Iraqi territory. This means that we’ll have the following guys fighting all on one side:

If that doesn’t tell you how much of a threat ISIS is to the region, I’m not sure what could. But you really have to be familiar with some history of the region to understand just who truly wackadoodle this coalition is. Consider, for example, the fact that the Iranian M-60 tanks are actually American made because they date back to the time when Iran was an ally. The Kurds, for their part, have alternatively been allied with and betrayed by the Iranian government across multiple Iran-Iraq conflicts. They are currently working with the Iraqi army to fight off ISIS, but they also used the ISIS incursion as an opportunity to further solidify their autonomy and seize additional territory for themselves. Many Kurds still dream of their own homeland: Kurdistan. I don’t even know whether the Iraqi militias that have been involved in fighting alongside the formal army are Sunni or Shia. Maybe both? ISIS is Sunni, as are most Arab states in the region, with Iran being the sole major Shia holdout. Just Saturday, Iraqi Shiite militiamen conducted a massacre at a Sunni mosque in northern Iraq (maybe in retaliation for ISIS?)

Except when it’s not.