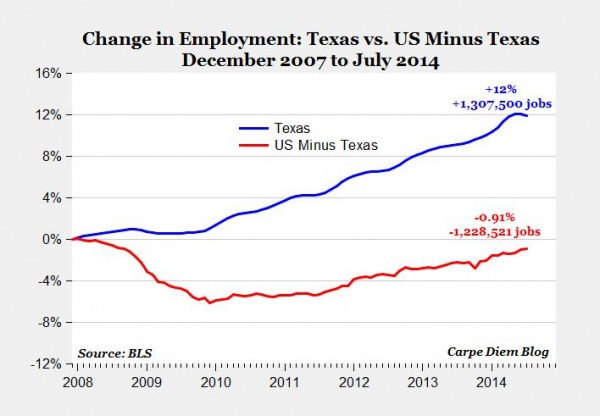 The above comes from a post by economist Mark Perry in which he explains that the chart shows “the percent changes in total civil employment between December 2007 (when the recession started) and July 2014 for: a) Texas (blue line) and b) the US minus Texas. The chart tells a powerful and important story about the strength of the Texas economy, which has experienced an employment increase of more than 1.3 million workers since late 2007. In contrast, civilian employment in the other 49 states is still almost 1.3 million jobs below the December 2007 level!”

He provides another chart below: “The difference between the two charts is that the one below uses monthly nonfarm payroll employment data and I’m using total civilian employment based on the “household survey” that determines the jobless rate. Total civilian employment is a more comprehensive measure of all US workers that includes agricultural workers, the self-employed, and workers in private households. Using the more comprehensive household survey of jobs shows an even wider divide between the number of jobs added to the Texas economy (+1.3 million) and the net loss of jobs in the other 49 states since December 2007 of -1.23 million!” 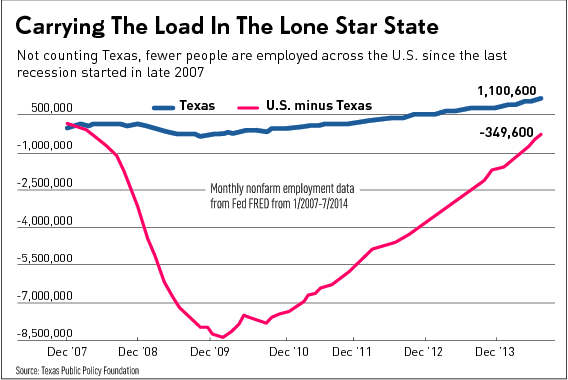 From all of us down here in Texas: you’re welcome America.