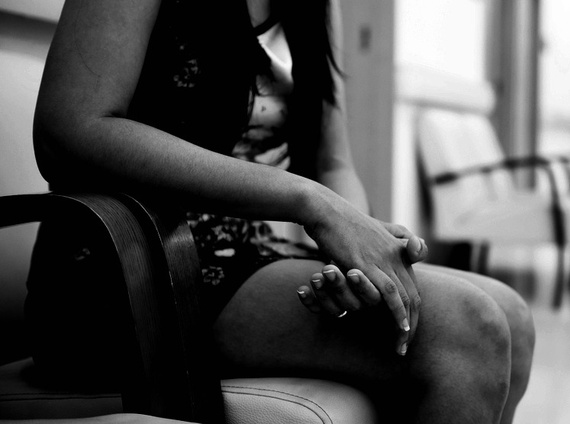 In September, The Atlantic ran a post called Abortion’s Racial Gap that was breathtaking in its cluelessness.

The rate of abortion among American women is currently at its lowest point since Roe v. Wade, according to a recent report by the Guttmacher Institute. About 1.1 million abortions were performed in 2011, at a rate of 16.9 abortions for every 1,000 women of childbearing age, down from a peak of 29.3 per 1,000 in 1981. Since the report’s release in February, the reason why has been the subject of much debate. Its authors and abortion-rights supporters point to the increase in contraceptive use and sexual education, while anti-abortion activists counter that the decrease is a result of abstinence-only teachings and state restrictions.

Largely missing from the debate, though, is discussion of abortion’s racial disparity: Although rates among Hispanic and African-American women have decreased along with the rest of the country, they remain significantly higher than the national average.

To the extent that abortion’s racial disparity is “largely missing from the debate,” it is absolutely not because pro-lifers are either ignorant of it or silent on the topic. The problem, by contrast, is that the overwhelmingly pro-choice media squelches any discussion of, for example, the insidious beliefs that prompted pro-choice hero Margaret Sanger to advocate for legalized abortion. I’ll go ahead and give away the secret: she was an ardent eugenecist who hoped that abortion and birth control could be used to exterminated blacks from the country. Ask any pro-lifer about this, and they’ll happily tell you about it and find one of her more infamous quotes and point out that, tragically, her legacy seems to be alive and well. Meanwhile Planned Parenthood, the organization she founded, still gives an annual award in her name. Oh there’s a racial disparity alright, but it’s only on one side of this issue.

To their credit, I think that pro-choicers (who are usually liberal) aren’t intentionally trying to conceal the concern that pro-lifer’s have on this issue. I think they just genuinely can’t imagine that conservatives (who are supposed to be racist) might actually sincerely care about the racial impact of abortion policy in the United States.

By chance, I happened upon another article that demonstrates exactly how this plays out in real time. Over at Townhall, Ryan Bomberger described the reaction to some comments from Jessa Duggar after visiting the Holocaust Museum. She wrote:

I walked through the Holocaust Museum again today… very sobering. Millions of innocents denied the most basic and fundamental of all rights–their right to life. One human destroying the life of another deemed “less than human.” Racism, stemming from the evolutionary idea that man came from something less than human; that some people groups are “more evolved” and others “less evolved.” A denying that our Creator–GOD–made us human from the beginning, all of ONE BLOOD and ONE RACE, descendants of Adam. The belief that some human beings are “not fit to live.” So they’re murdered. Slaughtered. Kids with Down syndrome or other disabilities. The sickly. The elderly. The sanctity of human life varies not in sickness or health, poverty or wealth, elderly or pre-born, little or lots of melanin [making you darker or lighter skinned], or any other factor… May we never sit idly by and allow such an atrocity to happen again. Not this generation. We must be a voice for those who cannot speak up for themselves. Because EVERY LIFE IS PRECIOUS. #ProLife

No matter what you think about this message, one thing is clears: she understands the connection between discrimination and being ProLife. The backlash was as vicious as it was predictable:

Cosmo went into full anti-woman mode. Filipovic attacked Jessa Duggar for daring to put history into perspective: “Jessa had just walked out of the Holocaust museum, and instead of absorbing the scale of that atrocity, decided to make a point about abortion rights. That’s not just tone-deaf; it’s deranged.”

So, just to be clear, pro-lifers are acutely aware of the connection between race and abortion. Folks–especially those in the media–just tend to have an allergic reaction every time we bring it up. Then, when they discover the connection themselves, they act as though it’s the most starting, unexpected thing in the world.

Maybe they should have been listening.

4 thoughts on “Abortion, Race, and Cluelessness”