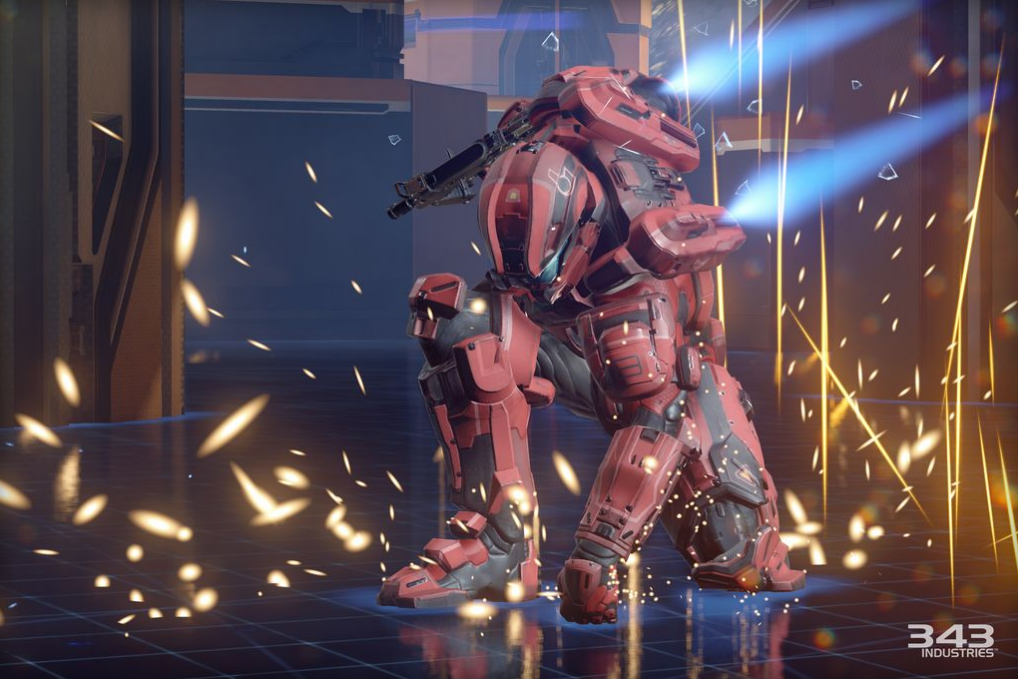 In recent years there has been no shortage of interest in the intersection of video games and economics, but usually the research focuses on MMORPGs which often include extensive in-game economies and also involve virtual property that can have substantial real-world value. CCP Games (the guys behind EVE Online) even have a full-time in-house economist.

That’s not what this article is about. Nope, I want to talk about an amazing little paragraph I came across in an early preview of Halo 5. Here it is:

Halo 5 also includes an unexpectedly awesome addition: in-game audio cues for enemy locations and weapon spawns. It’s subtle and not immediately noticeable, but it’s a brilliant mechanic that I didn’t even know I wanted. If your teammate gets sniped, in-game audio from his Spartan will announce where the bullet came from using classic callouts like “Red Street” and “Mid.” It will take time to learn these cues, but I think they’ll make playing solo a much more enjoyable experience. It reminds me of audio I’d hear watching a Major League Gaming match, which makes sense considering 343 recently hired a few very accomplished Halo professionals to work on Halo 5.

I agree that it’s brilliant, but I think it’s even more brilliant than the author realizes.

Here’s the problem: one of the things that makes team-based games fun is teamwork. But teamwork requires coordination. In particular–since communication in FPS games is strictly voice-based–it requires a common vocabulary. If you see a bunch of bad guys running towards one spot on the map, you might want to tell your team. In an incredibly fast-paced game, how do you do that? What do you call the particular area they are running towards? What do you call the particular area they are running from? No one has time to bring up their map and read off grid coordinates, so you need to have a commonly accepted set of place names. There’s a name for this problem. It’s called the coordination game, and it’s one of the classical scenarios in game theory.

Coordination games are games where everybody wins by cooperating, but there’s no reason or effective method to pick one particular solution. The classic example: which side of the road should you drive on? Joking aside, it really doesn’t matter if you drive on the right (America) or the left (the UK). Either one works perfectly fine, as long as everyone agrees on the same thing.

So what might be the most important aspect of this gameplay innovation is that it will solve the coordination problem by teaching all the players a single, accepted set of place names to describe the map. These place names tend to evolve on their own over time, by the way, but that process can be really long (since it takes time for various, vague alternatives like “the red house,” vs “the farm house,” vs. “grandm’a house”1 to compete with each other for universal acceptance.

Of course there are lots of unrelated problems with voice chat in video games, but I’m excited to see if this approach leads to a measurable increase in strangers coordinating with one another to try and win games, as opposed to just slinging racist and homophobic insults. Oh, what I wouldn’t give to be an in-house analyst for a big video game publisher…