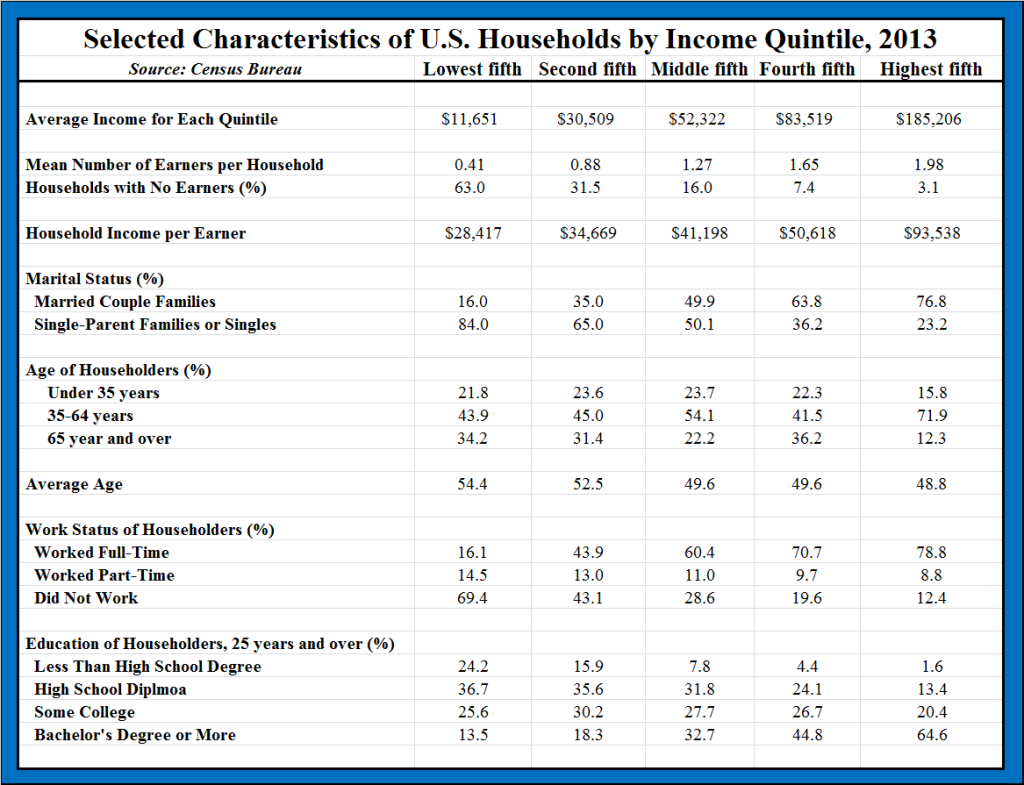 I’ve relied on economist Mark Perry before regarding inequality and demographics. Not much has changed since last year. As Perry summarizes,

The good news is that the key demographic factors that explain differences in household income are not fixed over our lifetimes and are largely under our control (e.g. staying in school and graduating, getting and staying married, etc.), which means that individuals and households are not destined to remain in a single income quintile forever. Fortunately, studies that track people over time indicate that individuals and households move up and down the income quintiles over their lifetimes, as the key demographic variables highlighted above change…

See Perry’s post for a more in-depth look at the numbers.