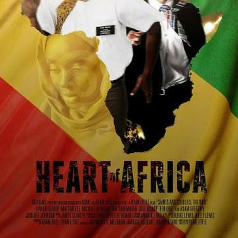 Margaret Blair Young has a Kickstarter campaign that you should consider supporting:

“Heart of Africa” is a feature film set in the Democratic Republic of Congo, a country consistently misrepresented. We will show it in its dignity and beauty. The film is based on experiences of missionaries there, both African and Anglo. One of the missionaries is a Congolese former revolutionary and another a young man from Idaho who has heretofore not seen black people. Aime Mbuyi, who was a revolutionary before he became a missionary, has provided the screenwriter with full descriptions of the revolutionary meetings, including the songs sung at the boarding school where the revolutionaries lived.

The film will be bi-continental, much of it filmed in South Africa using the “Out of Africa” production team, with portions shot in Kinshasa, DR-Congo. Our director is one of the best in the nation, Sterling Van Wagenen.

The initial goal of the Kickstarter is $30,000, but they can do a lot more if they raise the funds.

At the $400,000. level, we can move into filming beyond the preliminary and do full principal photography. With another $100,000–making a total of $500,000–we can do editing and post-production, and we can integrate the music as well. (Music will be one of the most compelling aspects of the film.) Were we to raise $1.8 million, we could not only complete the film but move into wide distribution.

That’s a long way to go, but this is a project that is well worth supporting. The faster we help them get to $30,000 the better shot they have of getting to the higher goals, and the early days of a Kickstarter campaign can be the most crucial. Check it out and if–like me–you think that this is a story worth supporting then lend a hand. Backer levels start at $5. Here’s the link again.