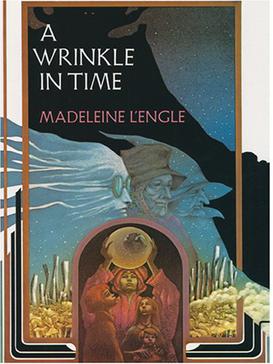 The Wall Street Journal has an exciting piece on 3 newly discovered pages cut from prior to the publication of Madeleine L’Engle’s classic A Wrinkle in Time. The pages were discovered by L’Engle’s granddaughter, Charlotte Jones Voiklis. The new pages feature a conversation between Meg and her father.

…Meg has just made a narrow escape from Camazotz. As Meg’s father massages her limbs, which are frozen from a jarring trip through space and time, she asks: “But Father, how did the Black Thing—how did it capture Camazotz?” Her father proceeds to lay out the political philosophy behind the book in much starker terms than are apparent in the final version.

He says that yes, totalitarianism can lead to this kind of evil. (The author calls out examples by name, including Hitler, Mussolini and Khrushchev.) But it can also happen in a democracy that places too much value on security, Mr. Murry says. “Security is a most seductive thing,” he tells his daughter. “I’ve come to the conclusion that it’s the greatest evil there is.”

Ms. Voiklis said she wanted readers to know the book wasn’t a simple allegory of communism. Instead, it’s about the risk of any country—including a democracy—placing too much value on security. The tension between safety and personal freedom is an idea that resonates in today’s politics.

Check out the WSJ article and the pages themselves.