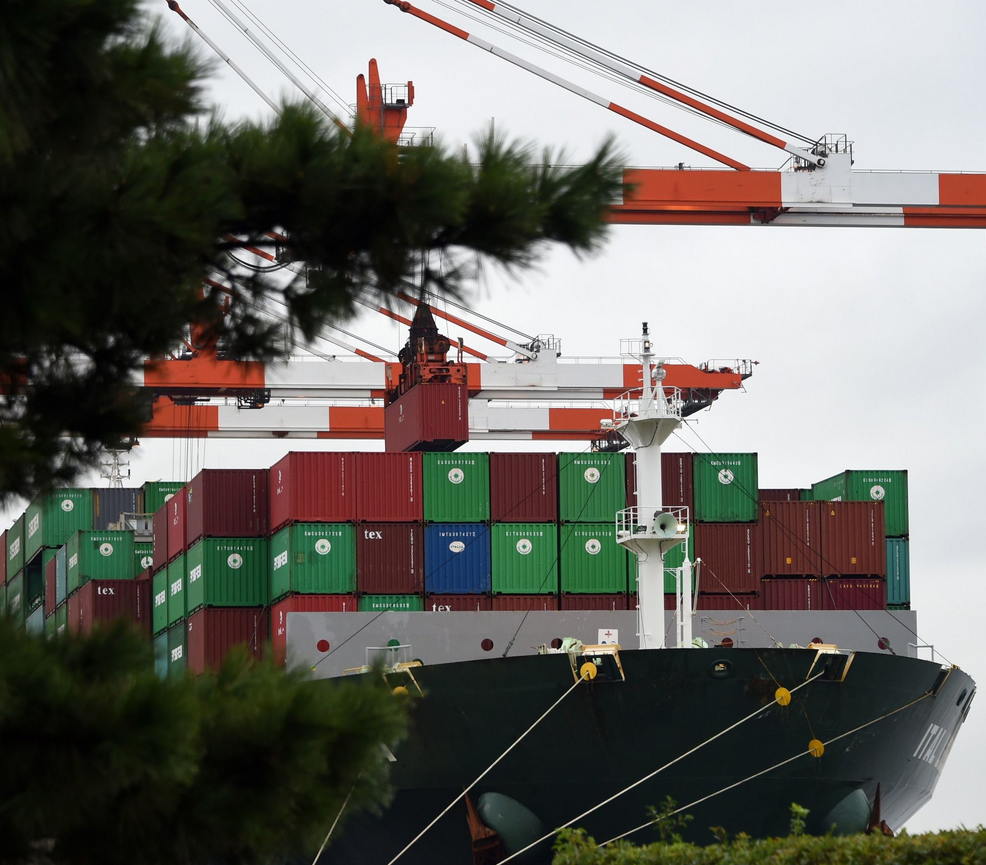 Credit where credit is due: I heard an NPR report recently about opposition to President Obama fast-tracking a trading deal with countries in the Pacific (called the TPP for Trans-Pacific Partnership) and–though I didn’t yet know the details–I was surprised and impressed that he was willing to take a stand against his own party for a common sense but unpopular policy. The NYT has been reporting on the story as well, with an April 16th story emphasizing the internecine struggle to come (“In what is sure to be one of the toughest fights of Mr. Obama’s last 19 months in office, the “fast track” bill allowing the White House to pursue its planned Pacific trade deal also heralds a divisive fight within the Democratic Party, one that could spill into the 2016 presidential campaign.”) and an April 21st story describing GOP efforts to broker a compromise between Obama and the left-wing of his own party (“Republican lawmakers and the White House have agreed to subject any trade deal negotiated by President Obama to a monthslong review by Congress and the public, a concession aimed at winning the support of Democrats who view trade agreements as a threat to American workers.)

This is all a bit sad because, as Greg Mankiw wrote for the NYT on April 24th, that this fight was a prime example of what Alan Blinder called Murphy’s Law of economic policy: “Economists have the least influence on policy where they know the most and are most agreed; they have the most influence on policy where they know the least and disagree most vehemently.” As Mankiw puts it:

Among economists, the issue is a no-brainer. Last month, I signed an open letter to John Boehner, Mitch McConnell, Nancy Pelosi and Harry Reid. I was joined by 13 other economists who have led the President’s Council of Economic Advisers, a post I held from 2003 to 2005. The group spanned every administration from Gerald Ford’s to Barack Obama’s.

If the issue is so clear-cut, why is it so divisive? Mankiw discusses that as well, citing Caplan’s book The Myth of the Rational Voter: Why Democracies Choose Bad Policies

. According to Caplan’s research, the public isn’t just ignorant about economic policy. Ignorance would not be so bad, because mistakes would at least be random and therefore might cancel each other out. Nope, the public is systematically biased in particularly unhelpful ways, all of which are at play in this debate:

The first is an anti-foreign bias. People tend to view their own country in competition with other nations and underestimate the benefits of dealing with foreigners. Yet economics teaches that international trade is not like war but can be win-win.

The second is an anti-market bias. People tend to underestimate the benefits of the market mechanism as a guide to allocating resources. Yet history has taught repeatedly that the alternative — a planned economy — works poorly.

The third is a make-work bias. People tend to underestimate the benefit from conserving on labor and thus worry that imports will destroy jobs in import-competing industries. Yet long-run economic progress comes from finding ways to reduce labor input and redeploying workers to new, growing industries.

I hope President Obama will do the right thing and continue to fight for the TPP, a deal that will be better for the lives of everyone involved. But the longer the fight goes the more likely it is to become an issue in the 2016 election. In that case, voters will have more say and, depressingly, the likelihood of sensible economic policies will diminish accordingly.