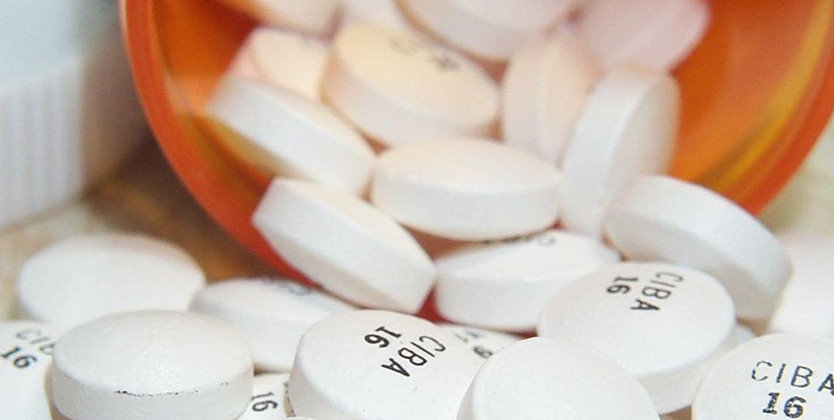 UPDATE: Commenter JohnM points out that the source for this story is a satirical website. I checked, and sure enough it even says “Earth’s Finest Medical Satire News Website” right at the top of the page.

Obviously, I’m incredibly embarrassed. I put a lot of thought and effort into a story that is 100% fake. I’ve been tricked on the Internet before (who hasn’t?) but never so thoroughly. I was strongly tempted to delete this post and pretend it had never happened, but in the interests of transparency, I’ve decided to just add this note but otherwise leave it up in all its humiliating glory.

The discipline of economics has lost a lot of prestige since the start of the Great Recession, and there’s some validity to that.1 In addition, everyone writing about cognitive biases and irrational behavior likes to pound on economists for their assumption that humans are fundamentally rational agents. There’s even a snarky term for it: Homo economicus. Sneering at economists and their silly, unrealistic models of human behavior can be taken too far, however. The reality is that economists and their assumptions of human rationality actually do provide some pretty useful insights into human nature. Far and away the most useful of these can  be distilled into a simple mantra: people respond to incentives.

This is one of those things that seems obvious right up until you realize that it isn’t. Or, rather, that people (other than economists in particular) are really, really bad at keeping it in mind. Ergo, you get absolutely crazy ideas like paying doctors based on patient satisfaction. Now, if you’d asked an economist about that plan, they could have told you pretty quickly that it was a Bad Idea. But, since nobody bothered to ask an economist2, the study went right on ahead until someone looked at the preliminary data and realized that it had more than doubled patient mortality. Yes: this policy increased deaths by 238%. Oops.

Why? Because people respond to incentives. And so if you pay doctors for, in effect, how happy they make their patients than doctors will alter their behavior to make patients happier. Which, as it turns out, might not make them healthier. Or, you know, alive at all. Some examples:

Here’s how non-economists react to this kind of thing. First, if you predict it ahead of time, they frown at you for your cynical, reductive view of human nature. Second, when it actually happens, they get frustrated with how callous and immoral people are. As a general rule, non-economists therefore tend to (1) vastly over-estimate the morality of human actors when confronted with perverse incentives and (2) attribute the consequences of perverse incentives to moral defects in certain classes of people. This explains Marxism’s ongoing popular appeal, by the way. It incorporates both the naive faith in centralized planning and communal ownership and also retroactive anger at the behavior of those at the top of the pyramid. The reality of the former (centralized planning and communal ownership) is that they don’t work. The reality of the latter (the evils of the capitalist class) is that rich people don’t become rich because their immorality lets them profit from exploitation. Rather, rich people tend to become exploitative because they are responding in predictable ways to their economic interests. In other words: people respond to incentives.

Now, don’t get me wrong. I’m not saying that incentives excuse bad behavior. I’m just saying that we should avoid conflating moral judgment (where the character of the individual means everything) with policy design (which is and ought to be one-size fits all). In terms of morality, you can get mad that people respond to incentives and wish they wouldn’t. You can even work hard to help people resist and behave in deliberate, rational, self-aware altruism. But please, please don’t design policy that depends on that! Because, as economists will tell you, people respond to incentives. And they’re very, very good at it.

Cherry picking healthy patients and avoiding sicker patients was clearly evident in the study.  “One physician told a dialysis patient that it was OK to skip a week of dialysis so that the patient could head down to Disneyland,” said an undercover internal medicine physician.

He had the patient fill out a glowing survey before leaving the clinic.  A week later when the patient returned with chest pain and peaked T waves, the physician forced his junior partner to see the patient, so that he could see teenager sports physicals.  For the physicals he just signed on the bottom line and had all patients in and out in 5 minutes.  He received glowing satisfaction surveys from parents due to the quickness of his exams, without ever laying a stethoscope on them.

You can sputter in rage about this kind of hypocritical profiteering all you want. I’m sure the designers of the study were angry as well as dismayed. But they still stopped the study. Better still? The should never have concocted such an absurd policy to test out in the first place. Here’s one more unintended consequence, by the way:

The study also showed an 858% increase in antibiotic prescriptions to patients with viral like symptoms in the survey group. Those patients developed more antibiotic resistant infections and C. diff than over the placebo group. ER physician, Dr. Rachel Kenners said, “If we don’t give antibiotics to patients who come to the ER for their runny nose and cough, than we are almost guaranteed a negative survey. To get paid and to keep our jobs, we have to prescribe antibiotics even though they aren’t warranted.”

First, this particular study could have been improved vastly by changing the time at which patient satisfaction is measured. A lot of the problems were about short-run vs. long-term consequences. Tell somebody who is morbidly obese that everything is fine and they might be happy in the moment, but come back in a year and ask them then.

Second, I’m not saying that economists could have perfectly predicted the exact consequences of this policy. I do think that they would have been far more skeptical, but human beings are very innovative hackers. That’s part of our nature. And the doctors who actually lived in this system had a much greater incentive to figure out ways to game it than the scholars who came up with it. So, since people respond to incentives, you could hardly expect policy makers in general to be as clever at breaking the system as the people it will be applied to. But that itself is a lesson: be careful about trying to manipulate people with cleverly designed policies.

3 thoughts on “In Which: People Respond to Incentives (and Patients Die) [RETRACTED]”