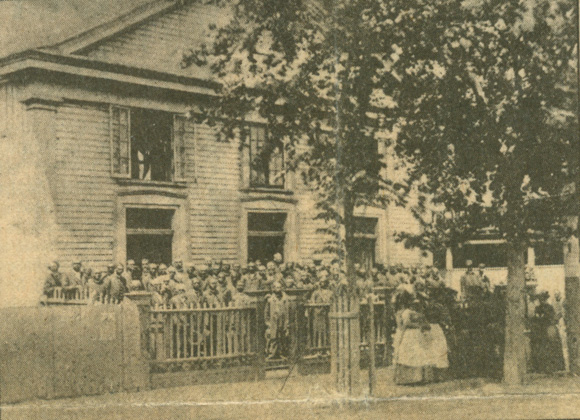 Historian Benjamin Park has an excellent post on the Charleston shooting and its connection to the history of white violence against black churches. After relaying a brief history of the suppressed slave rebellion in Charleston in 1822, the convictions and executions that followed, and the building of the Citadel “as a way to protect whites from the type of racial threats the AME Church posed,” Park writes,

Black churches became a central recruitment point for soldiers and a prominent pedestal for emancipation messages during the Civil War, yet they were also frequently targeted by Confederate forces. They were primary locations for mobilization during the 1950s and 1960s civil rights movement—Martin Luther King Jr. even used the Emanuel Church in Charleston for meetings of the Southern Christian Leadership Conference—but also venues for violent backlash, as seen with the 16th Street Baptist Church bombing. Sadly, these attacks continue to appear in staggering numbers today. If one were to find a central crossing point for racial conflict in America, it would be hard not to choose a church.

It is an incredible essay. Check it out.