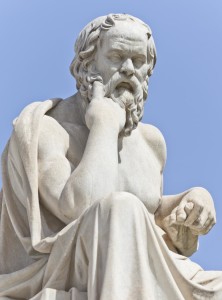 Stanford’s Josiah Ober has a recent article in Foreign Affairs based on his new Princeton-published book The Rise and Fall of Classical Greece that should interest those concerned about economic matters:

Greek states competed fiercely with one another, and with their imperial neighbors, notably Persia. Wars were frequent and bloody. But in the midst of conflict came new forms of social cooperation and a sustained era of rapid economic growth.

The total population of Greek speakers rose from some 330,000 persons in 1000 BCE to 8-10 million by the fourth century BCE. In the same period, average per capita consumption appears to have roughly doubled across the Greek world, and it probably tripled in Athens, the most advanced and among the most democratic of the city-states. The aggregate growth rate was low compared to high-performing modern states, but the rate was blistering compared to other pre-modern civilizations…Trade in commodities (including slaves), manufactured goods, and luxury goods boomed within the Greek world and between the Greeks and their neighbors. Among the remarkable features of the ancient economy of democratic Athens was the relatively low level of income inequality. Athens was home to many foreign “guest workers” and Athenians employed large numbers of slaves. But even taking slaves and foreigners into account, the distribution of Athenian income was much less unequal than in most premodern societies. Athenian wages for non-skilled laborers were high—comparable to the wages being paid in the most advanced economy of early modern Europe, Holland during its seventeenth century Golden Age…As…economists have long pointed out, there is a strong correlation between relatively low inequality and robust and sustained economic growth.

The mounting evidence for the remarkably strong performance of the ancient Greek economy helps to explain what is sometimes called the “Greek Miracle”—the cultural explosion of Greek literature, visual and performing arts, and science that laid the foundations for Rome, the Renaissance, and the Enlightenment.

…So what made the impressive growth of the ancient Greek economy possible? The basic answer is good institutions.1 Greek city-states were governed by a range of regimes, but, by the fourth century BCE, the typical Greek city-state was, by world historical standards, very democratic. In Athens, and hundreds of other Greek states, most native adult males were participatory citizens, who set policy in citizen councils and assemblies, judged legal cases as jurors on people’s courts, and were elected or chosen by lot to serve as public officials.

See the full article for a good read.