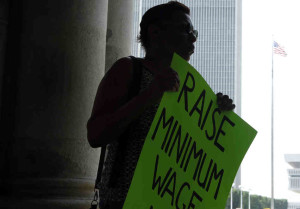 Here at Difficult Run, we just can’t get enough of the minimum wage. Yet, that seems to be because there is so much good stuff to post about it. The Economist, for example, has a recent article that looks at three different studies regarding the long-term effects of the minimum wage:

Give them a read.

1 thought on “The Long-Term Effects of the Minimum Wage”