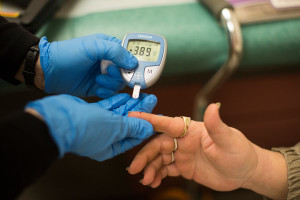 There’s an oft-expressed view that getting all those people covered could actually save the health system money. The argument goes something like this: Once people have insurance, they’ll go to the doctor instead of an expensive emergency room. Or: Prevention costs far less than a serious illness down the road.

…This argument for the cost savings from universal health coverage makes some intuitive sense, but it’s wrong. There’s strong evidence from a variety of sources that people who have health insurance spend more on medical care than people who don’t. It also turns out that almost all preventive health care costs more than it saves.

So begins an informative New York Times article by Margot Sanger-Katz. She points out that the actuaries in 2014 “estimated that health spending that year jumped by 5.5 percent, a bigger rise than the country had experienced in five years. That’s actually not a huge increase by historical standards…But it still marks the end of an era of record-low spending growth in the system.”1 There were three main reasons for this increase:

It’s the third point that Sanger-Katz spends the article explaining:

There’s evidence about the link between insurance status and health spending from many sources. A famous randomized study of health insurance, started in the 1970s by the RAND Corporation, was designed to answer this exact question. It found that the less expensive you made it for people to obtain medical care, the more of it they used. That follows the pattern for nearly every other good in the economy, including food, clothing and electronics. The cheaper they are for people, the more they are likely to buy.

That finding was echoed recently by researchers who conducted another randomized controlled trial — this one of uninsured low-income people in Oregon. Low-income Oregonians who wanted to sign up for the state’s Medicaid program were placed in a lottery. Only some got the insurance, but the researchers tracked both groups. In the first year, they found that the lottery entrants who were given Medicaid spent more on health care than those who remained uninsured.

This is virtually what Nathaniel laid out over two years ago in his comparison of health insurance to a hypothetical food insurance. This is because the situation is, as noted above, basic economics:

One of the reasons for the political popularity of price controls in general is that part of their costs are concealed…Price controls are therefore particularly appealing to those who do not think beyond stage one…Artificially lower prices, created by government order rather than by supply and demand, encourage more use of goods or services, while discouraging the production of those same goods and services. Increased consumption and reduced production means a shortage…Quality deterioration often accompanies reduced production…Quality declines because the incentives to maintaining quality are lessened by price control. Sellers in general maintain the quality of their products or services for fear of losing customers otherwise. But, when price controls create a…shortage-fear of losing customers is no longer a strong incentive.2

7 thoughts on “The Costs of Health Insurance Coverage”