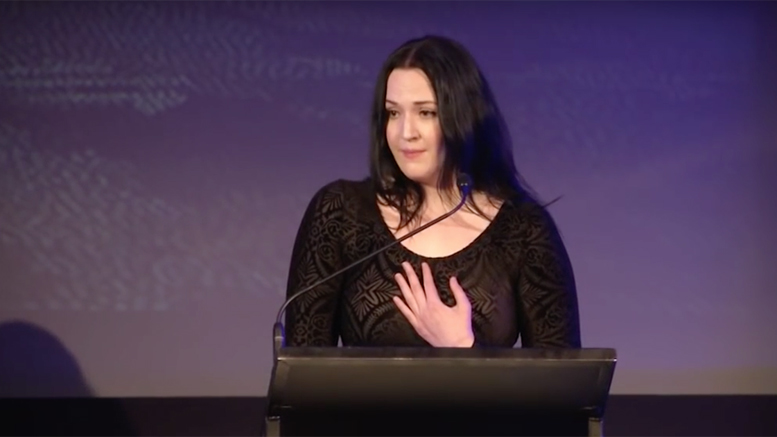 Millie Fontana is an atheist raised by lesbian parents who–with the support of her mothers and also her biological father–has been speaking out against same-sex marriage. She stands with Christians (as she puts it) because only Christians are advocating for children in contemporary debates surrounding sexual ethics and law. Here she is, speaking with Ryan T. Anderson, at a conference in Australia. I think the video is well worth watching. (As usual, folks on email will have to visit the site to see the embedded video. Sorry.)

She makes a number of very good points, but here is one that I think was the most interesting. When asked by one of her mothers whether or not she would have felt more stable and secure if her mothers had been allowed to get legally married, Fontana replied with a question of her own: “How would psychologists have treated me for my underlying issues of fatherlessness if to acknowledge fatherlessness was a form of discrimination?”

Now that same-sex marriage is the law of the land in the United States, there’s a sense in which you might say that this is a moot point. Legally you could be right, although I’m not certain. Some once-controversial issues become widely accepted, such as interracial marriage. Others, however, like abortion remain cultural sticking points for decades with no end in sight. It’s too early to tell which of these categories same-sex marriage will fall into, but there is certainly precedent for the possibility that Obergefell was not the last word any more than Roe has been. In any case, however, another point that Fontana made is certainly worth considering:

Until we as a society have a discussion that . . . includes everybody who has been raised fatherless or motherless, until this discussion stops shaming children in my position from coming forward, we should not be pushing marriage through. I am not going to stand here and be silenced by people telling me what was acceptable for me to feel, that I’m a bad person for wanting a father, that maybe I didn’t love my mothers enough because I wanted a father. It’s bull. And I won’t support it.

Everybody deserves a voice.

2 thoughts on “Fatherless Child: “Everybody Deserves a Voice.””