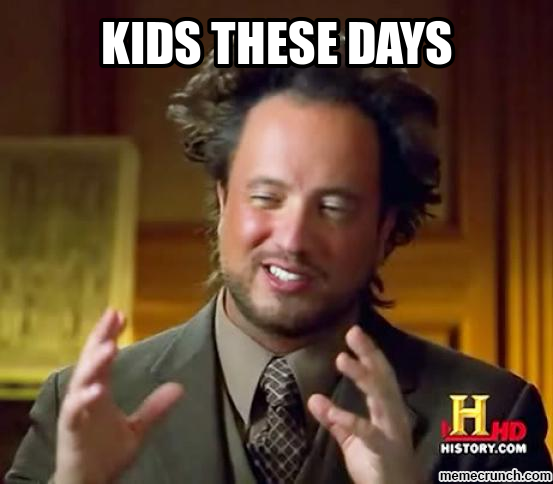 Vox has a great article on teenage behavior compared to generations past. Despite the consistent complaint about “kids these days,” they appear to be doing better than before. After selecting my birth year (1986), it turns out that teenagers today are

This is compared to when I was a teenager, specifically a freshman/sophomore in high school. The data goes back to those born in 1972, so pick the year you were born (if you were born past 1972) and see how your generation compares to kids today.3

2 thoughts on “Kids These Days”