A couple weeks ago, I wrote about some polling data on millennials and their (un)willingness to redistribute wealth. A recent poll by Vox and Morning Consult found that while most Sanders supporters (80%) are willing to pay more in taxes,1 how much more they are willing to pay paints an interesting picture. “When we polled voters, we found most Sanders supporters aren’t willing to pay more than an additional $1,000 in taxes for his biggest proposals [i.e. nationalized health care and free public college tuition]. That’s well short of how much more the average taxpayer would pay under his tax plan.”

But Sanders’s plan to pay for universal health care coverage would increase taxes on most voters by more than $1,000. He wants to:

The kicker for all of this? Some analysts believe Sanders’s plan will cost twice as much as his campaign estimates.2 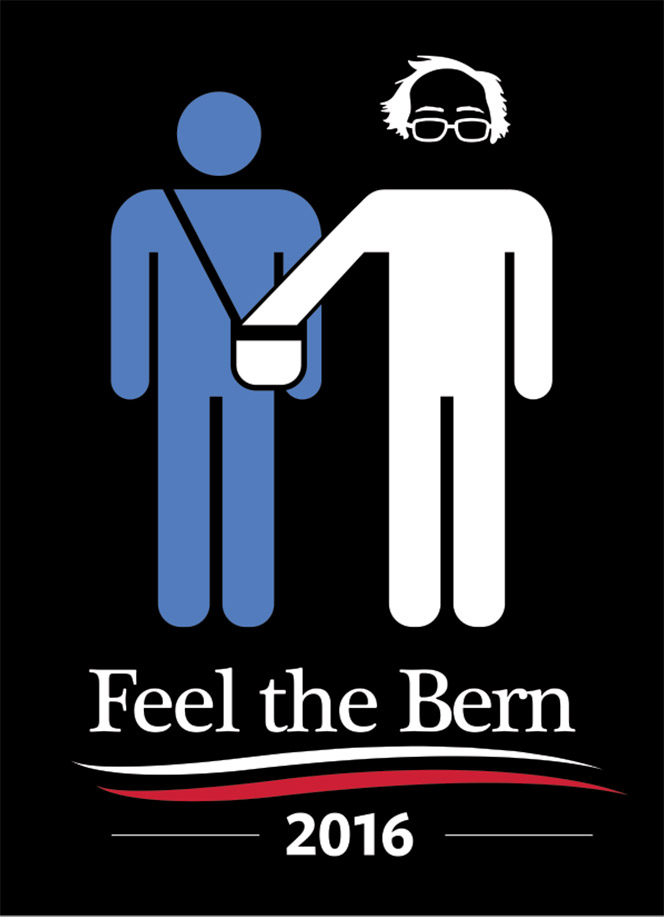 Perhaps even more interesting, “[w]hen you break down the poll results by age, rather than by candidate, it appears older people don’t want to pay as much for universal health care. This is especially interesting because older people have higher premiums, use the health care system more often, and spend a larger portion of their money on health care.” Another finding fits with my previous post: “Older people generally make more money and are more likely to be employed, and our poll shows that people who earn more money would pay less for Sanders’s health care plan — both as a percentage of their income and in dollars.” When it comes to free tuition, 14% of Sanders supporters said they don’t want to pay additional taxes for it with nearly half saying they would only pay up to $1,000 a year.

As the article puts it, “most Sanders supporters don’t want to Feel the Bern in their wallets.” The author concludes,

This isn’t a question of whether Sanders’s ideas are valid. This is a question of how voters are thinking about Sanders’s revolution, which is a radical increase in the scope of what government is responsible for, versus the private sector.

To their credit, some Sanders supporters have done the math and figured out that even with big tax increases, they would end up saving more money from Sanders’s new programs. But many other people were surprised when they used our candidate tax calculator and found out how much additional taxes they would pay under Sanders’s plan.

Yet that’s the revolution — one that promises Medicare for all, public college tuition for all, massive investments in infrastructure, expanded Social Security, etc. Those services require higher taxes, but could also save people money in the long run.

It’s a shift in the way we think about how we pay for social services. But right now, it appears that even Sanders supporters haven’t gotten their heads around what that means for their finances.