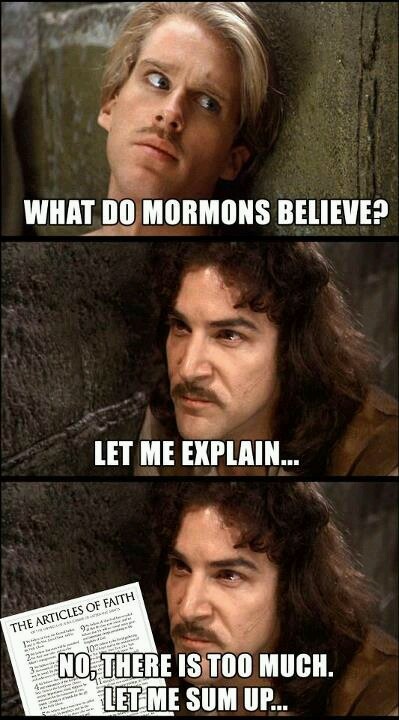 We’ve come to the last session of the October 1972 General Conference, and it was a very strong session. Elder James A. Cullimore’s talk Home Teachers – Watchmen Over the Church ought to be required reading for pretty much everyone in the Church. I’ve never seen such a powerful, thorough explanation of what home teaching is all about.1

Elder Marion D. Hanks also had some profound remarks in Every Man in His Own Place. Here’s my favorite:

The lost sheep should have an anxious shepherd seeking him. The lost coin must be searched for. The prodigal who comes to himself and turns homeward will find his Father running to meet him. Thus taught the Lord.

He also told the story of how rebel soldiers at the Battle of Missionary Ridge were pushed from their impregnable defenses by a Union advance that was actually weak and disorganized because:

The soldiers… were so isolated from each other that they had lost touch with each other. They could not hear their leaders through the din. Plainly visible to them were the large numbers of the enemy coming up the hill to attack them. Feeling alone and frightened, a few individual defenders panicked and surrendered and were soon joined by large numbers of their fellows. The battle was lost. They were not cowards; they thought they were alone.

That’s one of my primary motivations for writing (about the General Conference Odyssey or anything else that I write), because I often get the sense that there are people out there who feel that something is amiss with the trend the world is taking, but who also feel alone. I want them to know that they aren’t. So I write.

I was also struck by the humility of Elder Rex D. Pinegar’s talk (188 words) as well as Elder L. Tom Perry’s (177 words). President Harold B. Lee’s concluding talk also had some really memorable moments, such as this one:

I was at Manti, Utah, some years ago. As we came out of the Saturday night leadership meeting, there was a heavy snowstorm. As we drove to the home of the stake president, he stopped his car and turned back to the temple hill. There the lighted temple was standing majestically. We sat there in silence for a few moments, inspired by the sight of that beautiful, sacred place. He said, “You know, Brother Lee, that temple is never more beautiful than in times of a dense fog or in times of a heavy, severe storm.”

But the one that stuck with the most was Live Above the Law to be Free by Elder Hartman Rector, Jr. In it, he taught two important principles. First, he taught that we should make our own rules that go above and beyond the minimum requirements based on “past experience and your own particular weaknesses.” Second, he taught that we should never forget that such private rules are “your own addition” and should never be “mixed up with the law.” I thought it was a pretty beautiful—and sensible—compromise between good intentions and the dangers of stereotypical pharisaism.

He also talked about the connection between loyalty and honesty:

That’s a lighter version of what he had said earlier in the talk, “Everything, no matter how dire, becomes a victory to the Lord.”

I had two conflicting feelings as I started to write this post. First, I really did enjoy this session immensely. Second, I couldn’t help but think of how crazy I must appear to some of my friends (if they’re paying any attention) for spending this much time reading religious sermons from the 1970s. It reminds me of when, while on my mission, we were visited by Elder Ballard and my friend said, “Can you imagine a group of 20 year-old guys getting this excited to hear an old man come and talk about religion?”

He was right on both counts. It was weird, by the standards of the world. And we really were excited. But that’s just part of the authentic Christian experience, isn’t it? We are, best case scenario, a little weird.

Let no man deceive himself. If any man among you seemeth to be wise in this world, let him become a fool, that he may be wise. – Paul (1 Corinthians 3:18)

2 thoughts on “A Little Weird is the Best Case Scenario”