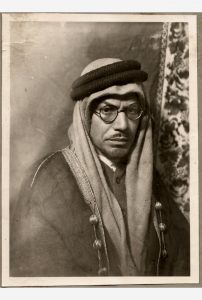 Despite the misleading title, Tablet has an excellent essay by Shalom Goldman on Muhammad Asad, one of the most important Muslim thinkers of the 20th century. What makes Asad’s story particularly remarkable is that he was born Jewish, in what is now western Ukraine. After converting, Asad gained such proficiency in the Quran and other classical Muslim texts that lifelong Muslims such as the founders of Saudi Arabia and Pakistan sought his advice on how to run a modern state in harmony with religious values. The essay is not a blanket endorsement of Asad (and it only scratches the surface) but if you want to go beyond the headlines when it comes to Islam, sharia, and just politics and religion in general, this is a great place to start.