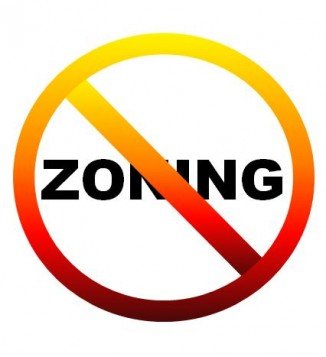 I’ve mentioned the economic impact of zoning laws here before. A recent article in The New York Times continues to highlight how detrimental these laws can be:

These days, you can find…people who moved somewhere before it exploded and now worry that growth is killing the place they love. But a growing body of economic literature suggests that anti-growth sentiment, when multiplied across countless unheralded local development battles, is a major factor in creating a stagnant and less equal American economy. It has even to some extent changed how Americans of different incomes view opportunity. Unlike past decades, when people of different socioeconomic backgrounds tended to move to similar areas, today, less-skilled workers often go where jobs are scarcer but housing is cheap, instead of heading to places with the most promising job opportunities, according to research by Daniel Shoag, a professor of public policy at Harvard, and Peter Ganong, also of Harvard.

With the recent shootings in Baton Rouge, Minnesota, and Dallas, arguments over police brutality and black crime have started once again. Though it might sound odd, in many cases zoning laws provide background for the tensions between law enforcement and black communities.1 As the article explains,

Zoning restrictions have been around for decades but really took off during the 1960s, when the combination of inner-city race riots and “white flight” from cities led to heavily zoned suburbs.

They have gotten more restrictive over time, contributing to a jump in home prices that has been a bonanza for anyone who bought early in places like Boulder, San Francisco and New York City. But for latecomers, the cost of renting an apartment or buying a home has become prohibitive.

In short, it’s just another form of tribalism making its way into local laws:

[W]hen zoning laws get out of hand, economists say, the damage to the American economy and society can be profound. Studies have shown that laws aimed at things like “maintaining neighborhood character” or limiting how many unrelated people can live together in the same house contribute to racial segregation and deeper class disparities. They also exacerbate inequality by restricting the housing supply in places where demand is greatest.

The lost opportunities for development may theoretically reduce the output of the United States economy by as much as $1.5 trillion a year, according to estimates in a recent paper by the economists Chang-Tai Hsieh and Enrico Moretti. Regardless of the actual gains in dollars that could be achieved if zoning laws were significantly cut back, the research on land-use restrictions highlights some of the consequences of giving local communities too much control over who is allowed to live there.

“You don’t want rules made entirely for people that have something, at the expense of people who don’t,” said Jason Furman, chairman of the White House Council of Economic Advisers.

1 thought on “The Anti-Growth Mentality Behind Zoning Laws”