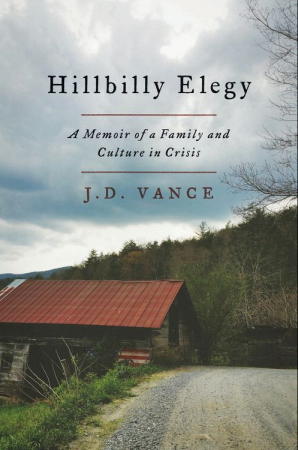 I’m a conservative. Over the last 9 months or so the Trump campaign has sent me from incredulous to enraged to dejectedly resigned, and I admit I’m still trying to figure out what just happened.

To hear some of my leftist friends talk, the Trump phenomenon is the inevitable climax of an increasingly out-of-touch, racist, backwards party, a predictable extension of the “extremism” of Bush.1

Those theories makes no sense to me. The conservatives I know who supported Bush hate Trump. In fact, Pew Research recently published a study showing the most religious and “very conservative” Republicans have been most resistant to Trump. This study echoes a Gallup poll last year that found the highly religious ranked Trump 12th out of 17 GOP candidates. But if the most religious and conservative Republicans dislike him, who has been supporting Trump from the outset?2

In his article “Trump: Tribune of Poor White People,” Rod Dreher interviews J.D. Vance, author of Hillbilly Elegy: A Memoir of a Family and Culture in Crisis, on the interplay between our current political parties and hillbilly culture.

The interview is a fascinating read. Vance discusses a variety of sometimes opposing ideas in an empathetic but honest way. For example, he talks about how the anti-elitist streak in hillbilly culture helps those who achieve financial success stay grounded, but it also pressures people not to become successful in the first place. Vance talks about  the problems with how, when it comes to the poor, there are opposing narratives suggesting either (a) the poor are helpless, with no power to affect their own lives or (b) the poor must simply bootstrap their way out of poverty. Both of these views fail to address important factors.

The two political parties have offered essentially nothing to these people for a few decades.  From the Left, they get some smug condescension, an exasperation that the white working class votes against their economic interests because of social issues, a la Thomas Frank (more on that below).  Maybe they get a few handouts, but many don’t want handouts to begin with.

From the Right, they’ve gotten the basic Republican policy platform of tax cuts, free trade, deregulation, and paeans to the noble businessman and economic growth.  Whatever the merits of better tax policy and growth (and I believe there are many), the simple fact is that these policies have done little to address a very real social crisis.  More importantly, these policies are culturally tone deaf: nobody from southern Ohio wants to hear about the nobility of the factory owner who just fired their brother.

Trump’s candidacy is music to their ears.  He criticizes the factories shipping jobs overseas.  His apocalyptic tone matches their lived experiences on the ground.  He seems to love to annoy the elites, which is something a lot of people wish they could do but can’t because they lack a platform.

This part especially resonated with me:

The other big problem I have with Trump is that he has dragged down our entire political conversation.  It’s not just that he inflames the tribalism of the Right; it’s that he encourages the worst impulses of the Left.  In the past few weeks, I’ve heard from so many of my elite friends some version of, “Trump is the racist leader all of these racist white people deserve.” These comments almost always come from white progressives who know literally zero culturally working class Americans.  And I’m always left thinking: if this is the quality of thought of a Harvard Law graduate, then our society is truly doomed.

1 thought on “There’s a lot more to Trump support than racism.”