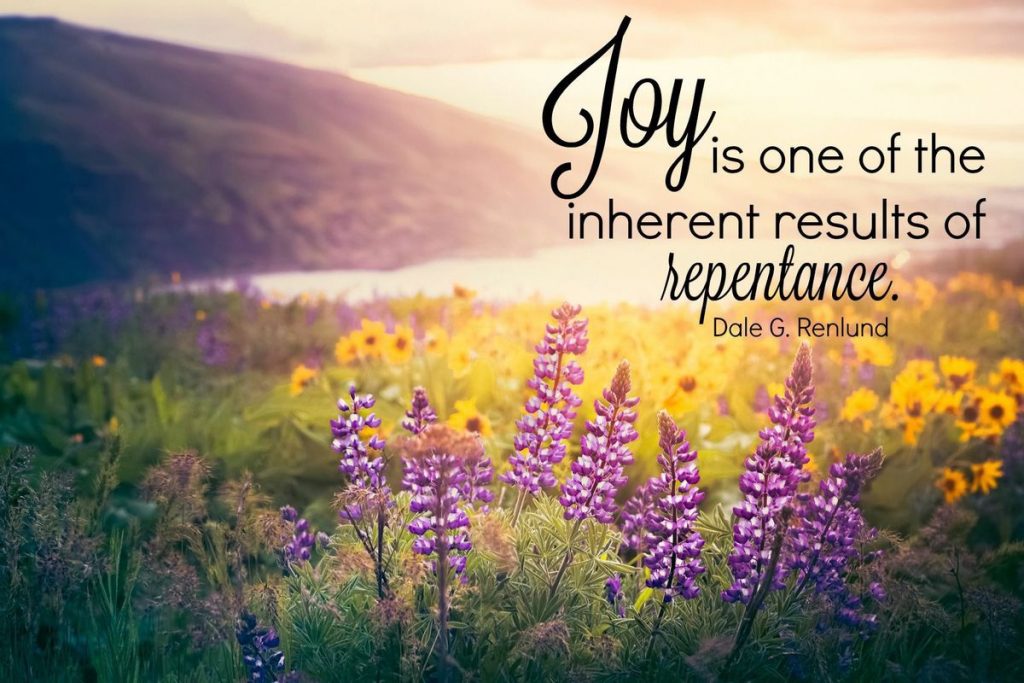 I titled this post “Back to the Future” because we’re taking a break from the historic portion of the GCO to cover the October 2016 General Conference that just wrapped up. One thing I’ve definitely learned this week is that I do better with reading than listening. There are several talks that, in preparing this post, I realized that I’m going to have to read as soon as they’re available because I didn’t get everything there was to get out of them. Also, in this post I’m going to be using quotation marks even in places where I might be paraphrasing a bit. The text isn’t online yet, so I hope you’ll forgive the lack of quote-checking. I’m just going off my notes.

So, first, I want to run through some of the quotes that I liked:

“One day every knee will bow and every tongue will confess that the Plan of Salvation is merciful, just, and true. For us: let today be that day.”

“We pray by the power of the Holy Ghost.” This means that all members of the Godhood are united in prayer: we pray to the Father, through the Holy Ghost, in the name of the Son.

“When you pray, are you really praying? Or just saying your prayers?”

“The answers to Am I good enough? And Will I make it? Are yes” as long as you don’t rationalize, rebel, or fail to repent.”

“Please take comfort from this truth: our Heavenly Father intends for us to make it.

“Be ambitious for Christ.”

At first I didn’t like this talk because it seemed like a stretch to tell me that we could experience joy and suffering simultaneously. But Elder Nelson pressed the point home, saying that Christ focused on joy in order to endure the trials of the Atonement, and citing a friend who said, “I have learned to suffer with joy. My suffering was swallowed up in the joy of Christ.” Now the concepts are germinating in me, and I’m waiting to see what realizations eventually grow out of them.

I loved this talk because it went to one of my favorite themes–the idea of finding the sacred and sublime in every day experiences–but I also cracked up when my wife commented that, “Some of us just hope for ordinary meetings, and not weird ones.” There’s truth to that, too!

“Unkind things are not usually spoken under the influence of the spirit.”

Repentance is not a backup plan.

“If all that your children knew of the Gospel is what they had learned from you, how much would they know?”

“Repentance is not only possible, but also joyful because of our Savior. . . I invite you to feel more joy in your life. Joy in the knowledge that the atonement of Jesus Christ is real… and joy in choosing to repent.”

Now, there’s one more thing that I want to talk about. There were a ton of talks about questioning, doubt, and faith crises. Elder Craig C. Christensen said “Joseph Smith had questions, but luckily he did not let his questions overwhelm his faith.” Elder Basset said:

And he made this incredibly powerful statement that I’m sure will have echoes and reverberations in my mind for many, many years to come: “Jesus understand our infirmities, including the loss of faith.”

“My heartfelt plea is that we will encourage, accept, and understand those who are struggling on the path. We need to minister to one another. Just as we should open our arms in a spirit of welcoming a new convert, so should we embrace and support those who have questions and are faltering in their faith.”

Elder Rasband was perhaps the most direct about it, stating at the outset that a friend’s faith crisis had led to his talk, and making memory his theme:

“Recall, especially in times of crisis, when you felt the Spirit and your testimony was strong. I promise that if you avoid things that do not build your testimony or that mock your beliefs, your testimony will come back. You will once again feel the safety and warmth of the gospel of Jesus Christ.”

But in some ways the most powerful of all these talks was the one given by Elder Quentin L. Cook, who talked about stumbling blocks, including “the philosophies of men.” What struck me most–and I only picked up on this as I want back through his talk–was that he cited President Heber C. Kimball from back in 1856:

We think we are secure here in the chambers of the everlasting hills, where we can close those few doors of the canyons against mobs and persecutors, the wicked and the vile, who have always beset us with violence and robbery, but I want to say to you, my brethren, the time is coming when we will be mixed up in these peaceful valleys to the extent that it will be difficult to tell the face of a Saint from the face of an enemy to the people of God. Then, brethren, look out for the great sieve, for there will be a great sifting time, and many will fall; for I say unto you there is a test, a TEST, a TEST coming, and who will be able to stand? This church has before it many close places through which it will have to pass before the work of God is crowned with victory.

This is a pretty apocalyptic-sounding prophecy, and so it’s no coincidence that Elder Cook specifically erected a barrier against overcorrection. It’s pretty clear, from his talk and from President Kimball’s quote, that the chief danger comes from what is popular and what is intellectually favored today. And so it is that Elder Cook says we should avoid people who put too much emphasis on particular aspects of the Word of Wisdom or spend extravagant amounts of time and money prepping for the end times. It seems pretty clear that Hollywood and the Ivory Tower are the source of greatest confusion, but that our response has to be to stand our ground, not overcorrect in the opposite direction.

When I looked up President Kimball’s quote, I found it’s been used in many places. (It was new to me, however.) One of those was a 1990 Ensign article by President Hinckley1 who–after citing just the last parts of the quote–wrote:

I do not know precisely the nature of that test. But I am inclined to think the time is here and that the test lies in our capacity to live the gospel rather than adopt the ways of the world.

President Hinckley also said, “I do not advocate a retreat from society.”

I am eager for transcripts of these talks to be released. I especially want to re-read all the talks in this section carefully.