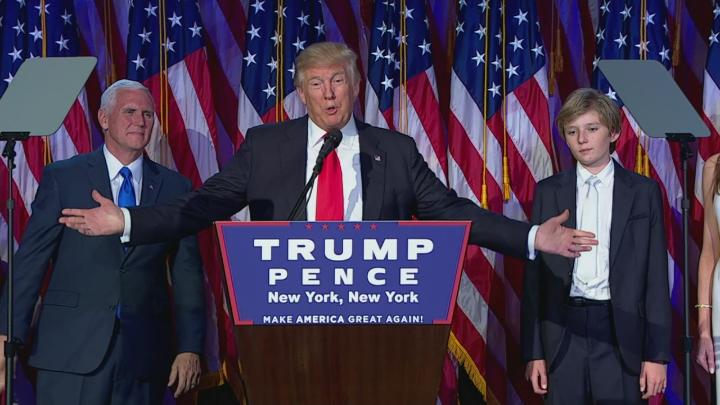 Donald J. Trump is President Elect of the United States of America.1

The predictions were off. Way off (The polls themselves may not have been.)*****

There’s probably a grain of truth in all of these explanations (some more than others). But if we just look at the general numbers, what can we say for sure? Despite early claims of high voter turnout, that just wasn’t the case.**

Not only was voter turnout low in general, but even Republican turnout was slightly lower* than in past years. It was significantly lower for Democrats.

Given the racially-charged rhetoric and sexual misconduct this election season, how did Trump do among minorities compared to other Republican presidential candidates?

A few things that jump out at me:3

There is much more that could and should be considered when parsing the numbers.4 Groups aren’t monolithic and factors like income, education, etc. are necessary in order to paint a more accurate picture. However, pundits pointing out that, say, white people–rich/poor, urban/rural, college/no college, whatever–supported the Republican nominee is hardly a shocker. As conservative writer David French put it, “White voters responded mainly by voting in the same or lesser numbers as the last three presidential elections. That’s not a “whitelash,” it’s consistency.”**** It increasingly looks like what some outlets have been saying is correct: Democrats stayed home.*** While further analysis may tell a different story, a lot of this looks like pretty normal partisanship. One party just didn’t show up.**

*Update (11/14): Trump currently sits at 60,265,858, while Clinton is still ahead with 60,839,922. This puts Trump’s turnout slightly above McCain’s numbers, while Clinton falls woefully short of Obama. Some are projecting that overall turnout may actually surpass 2012, though others are claiming a 20-year low. We won’t know for several more weeks. Check out Monica’s post today on the popular vote.

**Update (11/15): From The Washington Post: “It’s a very odd result. Turnout up slightly in terms of raw numbers, but down as a percentage of those eligible. A likely drop in votes for the Democrat and a spike in votes for third party candidates, with the Republican holding steady. More votes for the Democrat, but the Republican becoming president.” Looks like my claims about low voter turnout were incorrect, but my main point about low turnout among Democrats seems to be holding up.

***Update (11/18): Looks like the case for low Democrat turnout is getting stronger and stronger.

*****Update (12/21): Vox has an excellent write-up now that the votes have been counted: “Voter turnout in 2016 was actually closer to 58.9 percent, slightly higher than 2012, according to data from the US Elections Project. Clinton won the popular vote by more than 2.8 million votes — more than Al Gore won the popular vote in 2000, John F. Kennedy in 1960, and Richard Nixon in 1968. She lost the election by 107,000 votes in three states…Clinton, the “unpopular” candidate, was able to turn out voters — just not where it mattered. Democrats lost the presidential election in three states; Clinton lost in Wisconsin by fewer than 23,000 votes and in Michigan by fewer than 11,000 votes. Votes afforded to Green Party candidate Jill Stein in either state were more than Trump’s margin of victory. Trump won Pennsylvania by a slightly bigger margin, surpassing Clinton by a bit more than 44,000 votes…Clinton’s ability to mobilize voters was in already-blue states — states like California and New York.”

Update (1/9): The title of this new FiveThirtyEight post–“Registered Voters Who Stayed Home Probably Cost Clinton the Election“–says it all.

5 thoughts on “How Atypical Was This Election?”