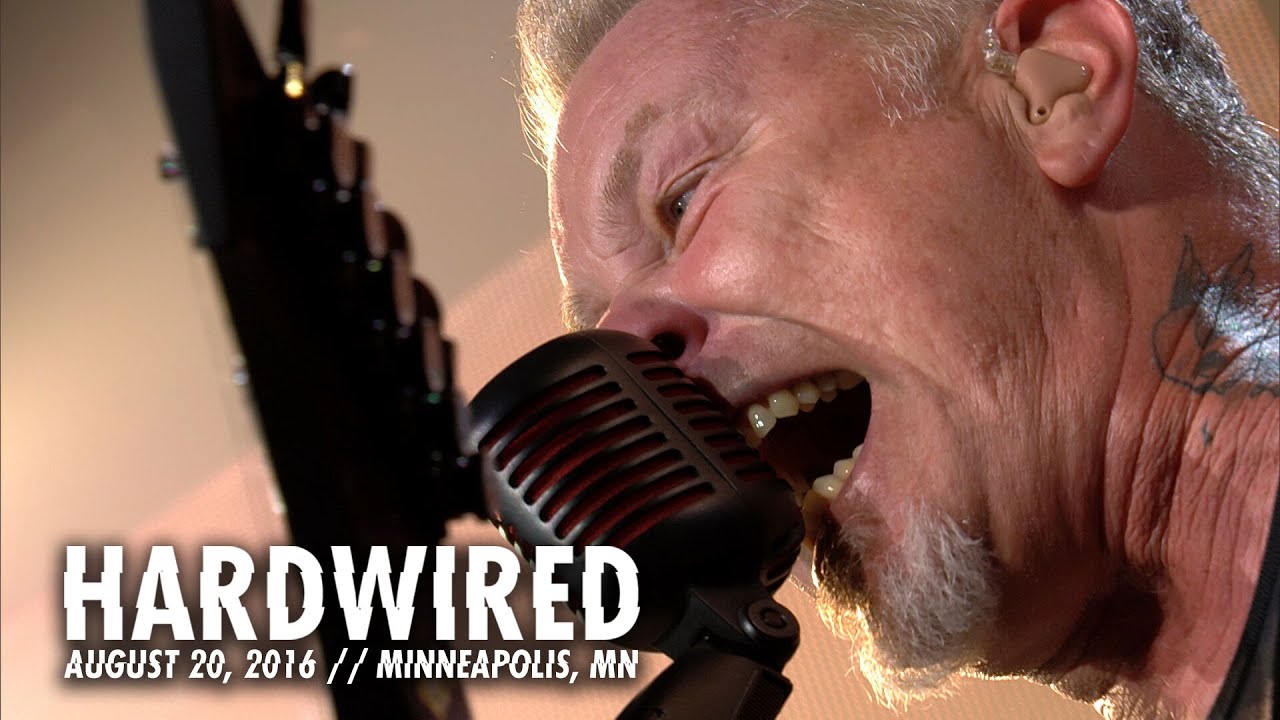 Metallica’s first studio album in eight years was released today. When I first heard that they were returning to the studio, I was a little skeptical. I love Metallica, but 2003’s St. Anger took a toll on me. And even though 2008’s Death Magnetic was leaps and bounds better, I kind of felt like the band was on its way out. But so far, I’ve been thoroughly impressed with their new album Hardwired…to Self-Destruct. I expected good things after hearing the singles “Hardwired“, “Moth Into Flame“, and “Atlas, Rise!“.

I found myself literally yelling in excitement over the full-on thrash of “Spit Out the Bone.” The heavy plod of “Dream No More” reminded me of a mix of “Sad But True” with ReLoad‘s “Devil’s Dance” and “Where the Wild Things Are” (not to mention a return to Lovecraft-inspired lyrics a la “The Thing That Should Not Be” and the instrumental title “The Call of Ktulu“). The bluesier riffs of “ManUNkind” and “Am I Savage?” would be welcome additions to either Load or ReLoad. “Halo On Fire” could easily rank as one of the best on Death Magnetic, while songs like “Confusion” and “Here Comes Revenge” would feel right at home among the other tracks of that album.

In short, Metallica is back. And for my money, this is their best album since 1997’s ReLoad.