The latest Freedom of the World report was recently released with some worrisome–though not surprising–news:

The report is appropriately titled “Populists and Autocrats: The Dual Threat to Global Democracy.” We’ve written about the dangers of populism here at Difficult Run before and how closed societies are detrimental to flourishing. Despite it being “the 11th consecutive year of decline in global freedom,” it’s worth noting the long-term trend: 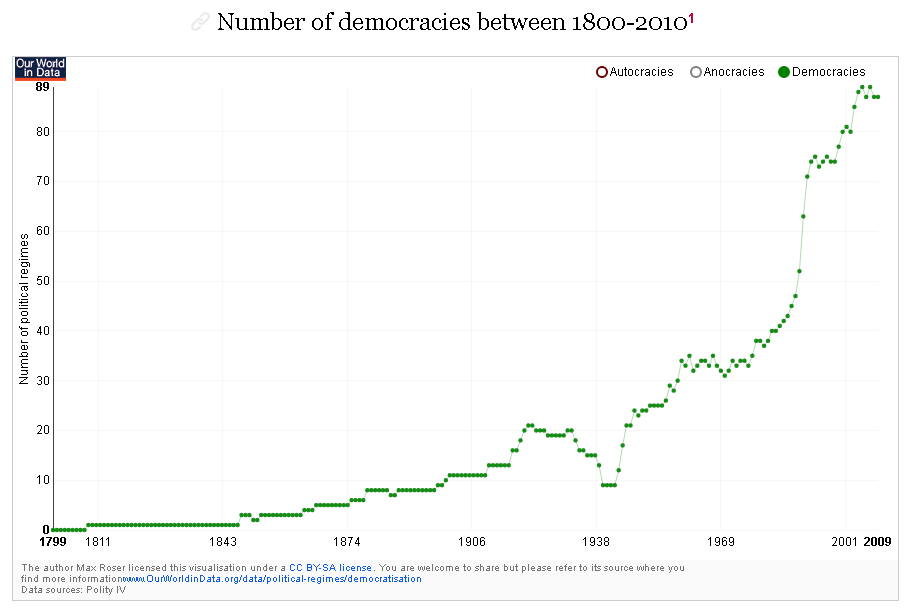 More people live in democracies than ever before: 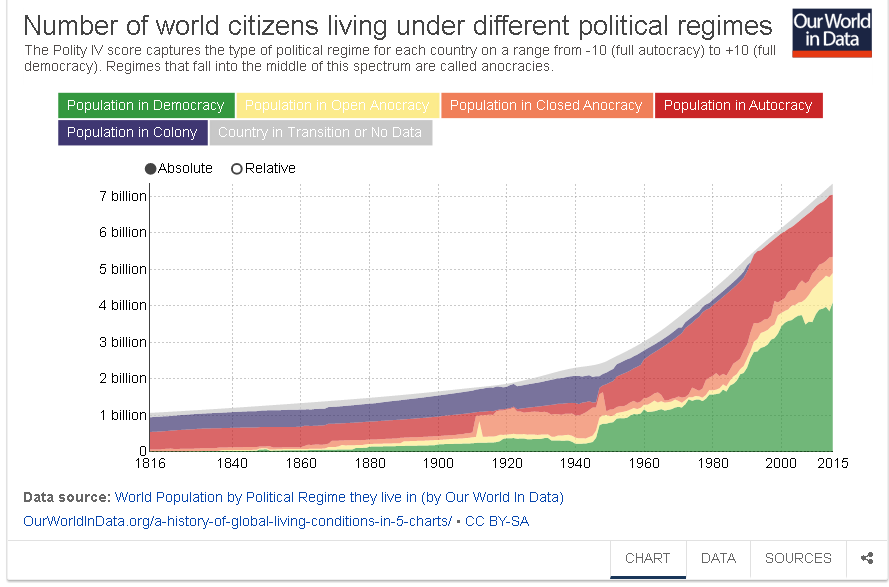 Let’s hope this recent downturn in global freedom is just a blip in an overall positive trajectory.