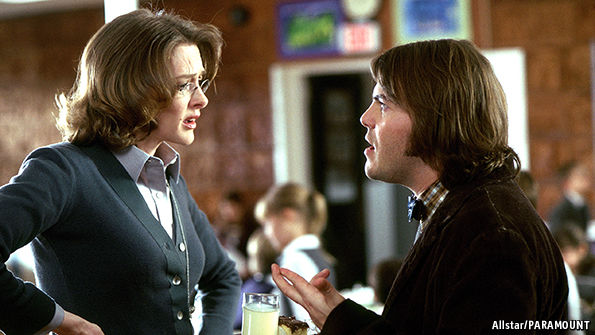 Teacher quality matters, according to The Economist:

Many factors shape a child’s success, but in schools nothing matters as much as the quality of teaching. In a study updated last year, John Hattie of the University of Melbourne crunched the results of more than 65,000 research papers on the effects of hundreds of interventions on the learning of 250m pupils. He found that aspects of schools that parents care about a lot, such as class sizes, uniforms and streaming by ability, make little or no difference to whether children learn (see chart). What matters is “teacher expertise”. All of the 20 most powerful ways to improve school-time learning identified by the study depended on what a teacher did in the classroom.

Eric Hanushek, an economist at Stanford University, has estimated that during an academic year pupils taught by teachers at the 90th percentile for effectiveness learn 1.5 years’ worth of material. Those taught by teachers at the 10th percentile learn half a year’s worth. Similar results have been found in countries from Britain to Ecuador. “No other attribute of schools comes close to having this much influence on student achievement,” he says.

Rich families find it easier to compensate for bad teachers, so good teaching helps poor kids the most. Having a high-quality teacher in primary school could “substantially offset” the influence of poverty on school test scores, according to a paper co-authored by Mr Hanushek. Thomas Kane of Harvard University estimates that if African-American children were all taught by the top 25% of teachers, the gap between blacks and whites would close within eight years. He adds that if the average American teacher were as good as those at the top quartile the gap in test scores between America and Asian countries would be closed within four years.

…In 2014 Rob Coe of Durham University, in England, noted in a report on what makes great teaching that many commonly used classroom techniques do not work. Unearned praise, grouping by ability and accepting or encouraging children’s different “learning styles” are widely espoused but bad ideas. So too is the notion that pupils can discover complex ideas all by themselves. Teachers must impart knowledge and critical thinking.

But the real question is this: are good teachers born or made? A 2011 “survey of attitudes to education found that such portrayals reflect what people believe: 70% of Americans thought the ability to teach was more the result of innate talent than training.” But the article notes,

Few other professionals are so isolated in their work, or get so little feedback, as Western teachers. Today 40% of teachers in the OECD have never taught alongside another teacher, observed another or given feedback. Simon Burgess of the University of Bristol says teaching is still “a closed-door profession”, adding that teaching unions have made it hard for observers to take notes in classes. Pupils suffer as a result, says Pasi Sahlberg, a former senior official at Finland’s education department. He attributes much of his country’s success to Finnish teachers’ culture of collaboration. As well as being isolated, teachers lack well defined ways of getting better…Much of what passes for “professional development” is woeful, as are the systems for assessing it. In 2011 a study in England found that only 1% of training courses enabled teachers to turn bad practice into good teaching. The story in America is similar. This is not for want of cash. The New Teacher Project, a group that helps cities recruit teachers, estimates that in some parts of America schools shell out about $18,000 per teacher per year on professional development, 4-15 times as much as is spent in other sectors.

The New Teacher Project suggests that after the burst of improvement at the start of their careers teachers rarely get a great deal better. This may, in part, be because they do not know they need to get better. Three out of five low-performing teachers in America think they are doing a great job. Overconfidence is common elsewhere: nine out of ten teachers in the OECD say they are well prepared. Teachers in England congratulate themselves on their use of cognitive-activation strategies, despite the fact that pupil surveys suggest they rely more on rote learning than teachers almost everywhere else.

I’ll stop the overquoting here, but the piece is truly worth reading in its entirety. Our teachers need better training.