In the Sunday morning session of the April 1976 GC, Elder Tanner talked about patriotism and stressed the importance of voting for honorable representatives:

…it is our duty to seek diligently for and support and uphold good, honest, honorable, and wise representatives to govern us.

Next, Elder Marvin J. Ashton spoke about families, and the need to be gentle, non-judgmental, and empathic. 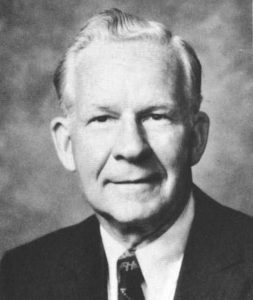 One of the interesting things for me has been seeing the consistent personalities of some of the General Authorities from the 1970s that I never knew in my own lifetime. This wasn’t the first time Elder Tanner had stressed the need to vote based on character and honor, for example. And it was far from the first time that Elder Ashton had promulgated such a gentle, practical gospel. These themes go all the way back to one of the first talks I read in the GCO, his October 1971 talk Love of the Right where he stressed the importance of understanding why our young people are tempted by drugs instead of simply condemning those who become addicted:

If we as parents and friends advise our youth that drugs are bad, evil, and immoral, and yet we do not try to understand why our youth turn to this evil substitute for reality, then the drugs themselves become the issue and not the symptom of the greater issue of unhappiness. We need to know why our loved ones want to run from their present life to the unknown yet dangerous life of addiction. What causes a strong, lovely, vibrant young person to allow a chemical to control his or her behavior? What is there at home, school, work, or church that is so uncomfortable that an escape seems necessary?

This is a much more thoughtful approach than I had expected from a 1970’s era GC talk about drugs. And, in the year of reading since then, Elder Ashton has become one of my favorites. His talk from this session, Family Communications, is definitely worth reading. If we want to have meaningful communication within our families, this is what we must have:

While explaining the fifth point, Elder Ashton quoted a familiar scripture in a way that was totally new to me. He described a son’s heartache when, moments after his father passed away in a hospital, his mother told him that his father had loved him. Later on, as he cried alone in the hospital room, a nurse tried to console him. The son wanted to tell the nurse:

Then Elder Ashton quoted Matthew 3:17 in a way I’d never heard before:

I always assumed that Heavenly Father’s introduction of His Son was exclusively for our benefit. It never occurred to me, until this moment, that the Father was not only delivering a message to us (“Hey, listen up.”) but also to His Son (“I love you and I appreciate you.”)

And it’s a pretty good example of how I’ve come to love and value Elder Ashton’s unique, gentle, and practical perspective. He became an apostle almost a decade before I was born. He died when I was a young man. I must have heard at least one of his talks in General Conference, but I have no memory of him whatsoever. I’m sad I missed him, but I’m glad I still have his words to read.

One day, when my time here is done, I will thank him in person.