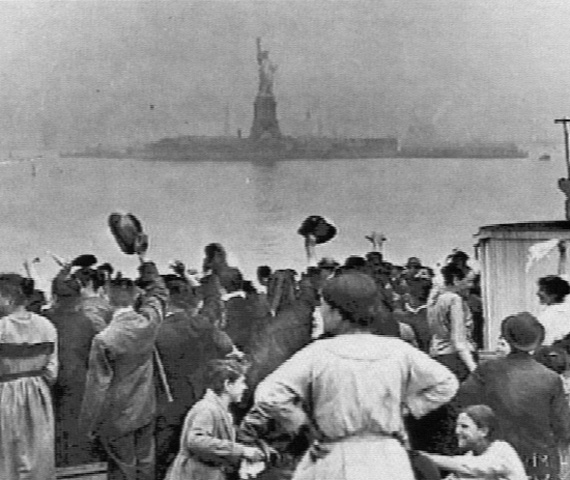 A brand new study seeks to answer the following questions:

The researchers “assess these questions by examining the extent to which the high degree of cultural diversity in US counties generated during the Age of Mass Migration of the late 19th and early 20th centuries has left an enduring impact on the economic development of those US areas that witnessed the greatest heterogeneity in population. Their analysis

identif[ies] the presence of a strong and very long lasting impact of diversity on county-level economic development. Counties that attracted migrants from very diverse national and international origins over a century ago are significantly richer today than those that were marked by a more homogeneous population. Highly diverse counties after the Age of Mass Migration strongly benefited from the enlarged skillset and the different perspectives and experiences the arriving migrants brought with them and from the interaction among those different groups. The result was a surge of new ideas and a newfound dynamism that was quickly translated into lofty, short-term economic gains. These gains proved durable and, albeit in a reduced way, can still be felt today.

Yet the benefits of diversity came with a strong caveat: the gains of having a large number of groups from different origins within a territory (fractionalisation) only materialised if the diverse groups were able to communicate with one another (low polarisation). Hence, past population diversity in the US has become a double-edged sword: it has worked only where the different groups were able to interact, that is, in those places where the ‘melting pot’ really happened. Where such ‘bridging’ did not occur, groups and communities remained in their own physical or mental ghettoes, undermining any economic benefits from a diverse environment.

Moreover, the benefits from diversity have remained over time. Where high levels of diversity have been coupled with ‘bridging’ across groups – high population fractionalisation with low polarisation – the associated economic gains were felt in the short, medium, and long term. With the exception of the highly turbulent 1920s to 1940s, a strongly positive and robust impact of fractionalisation on regional income levels, as well as a negative one of polarisation is evident…The only change in this enduring relationship is that both connections, while remaining strongly statistically significant, became weaker after the 1920s.

At a time when many developed countries are rapidly closing down their borders to immigration, trying to shield what – particularly in the case of Europe and Japan – are still rather homogeneous populations from external influences and the perceived security, economic, and welfare threats often unjustly associated with migrants, restricting migration will limit diversity and is bound to have important and long-lasting economic consequences. By foregoing new migration, wealthy societies may be jeopardising not only the short-term positive impact associated with greater diversity, but also the enduring positive influence of diversity on economic development.

The large, positive, and persistent impact of societal diversity on economic development seen in the US would therefore be difficult to replicate – something that ageing and lethargic societies across many parts of the developed world can ill afford. However, if migration is to be encouraged, it is of utmost importance that mechanisms facilitating the dialogue across groups and, hence, the integration of migrants are in place to guarantee that diversity is transformed into higher and durable economic activity over the short, medium, and long term.