It is very, very hard for me not to be extremely cynical about Mathew Yglesias’ 2-decades late realization that Bill Clinton should have resigned. As you may recall, I’ve talked about this pretty recently:

The day we decided Bill Clinton’s abuse and exploitation of women was somehow his personal business and decided to rehabilitate a serial sexual abuser and accused rapist into some kind of grandfatherly political icon was the day that we told every Harvey Weinstein, Kevin Spacey, Bill Cosby, and Neil DeGrasse Tyson in the world: go ahead. It’s open season. As long as you’re powerful enough, we’ll look the other way.

I didn’t have Roy Moore in the list because he wasn’t as big a story when I wrote that post a few weeks ago, but yeah: you can definitely add him on in.

So, I know it’s not very gracious to say, “I told you so.” But there’s a specific reason I want to highlight and respond to Yglesias’s post, and here it is:

…Clinton…mounted the defense that would see him through to victory — portraying the issue as fundamentally a private family matter rather than a topic of urgent public concern….

To this line of argument, Republicans offered what was fundamentally the wrong countercharge. They argued that in the effort to spare himself from the personal and marital embarrassment entailed by having the affair exposed, Clinton committed perjury when testifying about the matter in a deposition related to Paula Jones’s lawsuit against him.

What they should have argued was something simpler: A president who uses the power of the Oval Office to seduce a 20-something subordinate is morally bankrupt and contributing, in a meaningful way, to a serious social problem that disadvantages millions of women throughout their lives.

Now here’s the thing: Yglesias’s age is within one month of my own. And I’m having a hard time connecting with his retelling of the way this went down. My understanding–as a socially conservative Republican at the time–was that the decision to pursue Clinton for perjury charges was only a tactical decision to find a way to hold him responsible for the actual crime: sexual exploitation of a vulnerable young woman. But, since the relationship wasn’t actually illegal–and since Clinton didn’t have the decency to resign–an actual crime was necessary to base the impeachment on.

This is standard. It’s like the old saying goes: it’s not the crime, it’s the coverup. It is absolutely ordinary for a politician to do something reprehensible that is either not technically illegal or impossible to prosecute for some other reason, and so the actual charge that they end up facing is peculiarly unrelated to the real reason they are in trouble.

And yet Yglesias makes this incredibly naive assumption that–since the charges specified perjury–that must be the actual, root motivation of Republicans. That is bizarre. He farther argues–without any justification at all–that mounting this argument somehow excluded mounting the argument that Bill Clinton was “morally bankrupt”.

To which I can only respond: really? 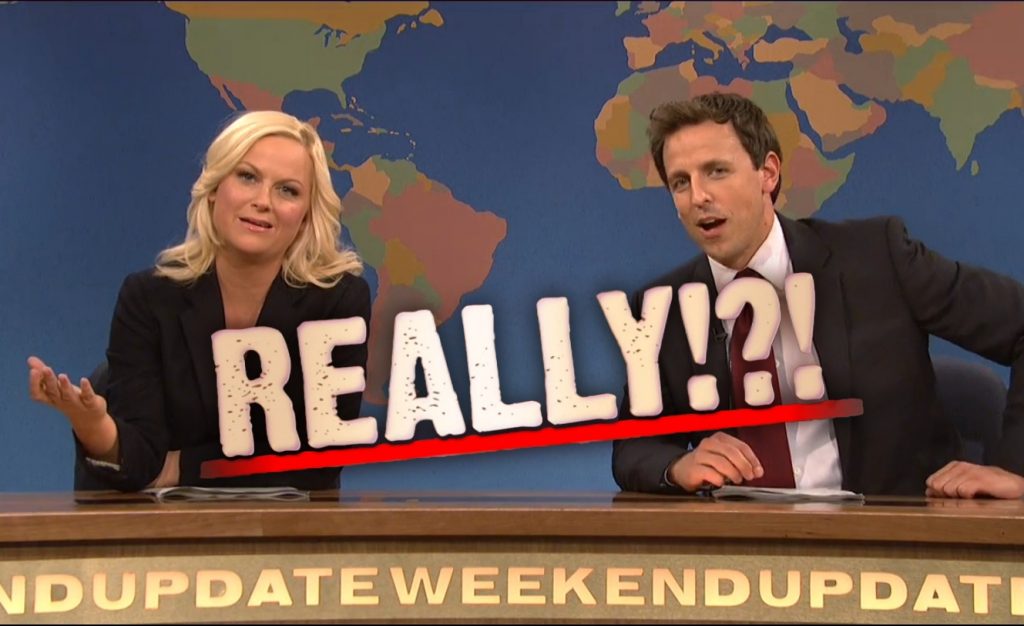 Let me take a moment to explain why I think this is worth talking about.

If you’re a left-leaning living in America today, you live in an environment where the default, working assumption is that conservatives and Republicans are women-hating, anti-feminist misogynists who routinely wage war on women. And I’d like to consign that stereotype to the dumpster, right beside the equivalent belief held by conservatives that liberals and Democrats are America-hating communists who want to put all Christians into concentration camps.

For too long, we’ve turned issues that should be about basic human decency into partisan battlegrounds. It would make me deeply happy if all my liberal friends internalized the idea that many conservatives strongly believe in equal rights for women and are viscerally opposed to behavior that exploits, silences, or in any other way abuses women. Don’t get me wrong, conservatives (often) have different ideas for how to accomplish these goals and I’m not trying to minimize very real political and philosophical differences.

But you know what would be great? If debates about those differences happened in an atmosphere of mutual assumption of positive intent. How much better would that be for everyone than a world where conservatives think liberals hate America and liberals think conservatives hate Americans.

So let me state–clearly and concisely–that for a lot of conservatives and Republicans who were there during Bill Clinton’s sex scandals: that’s what we were saying all along.

5 thoughts on “Yglesias: Bill Clinton Should Have Resigned”