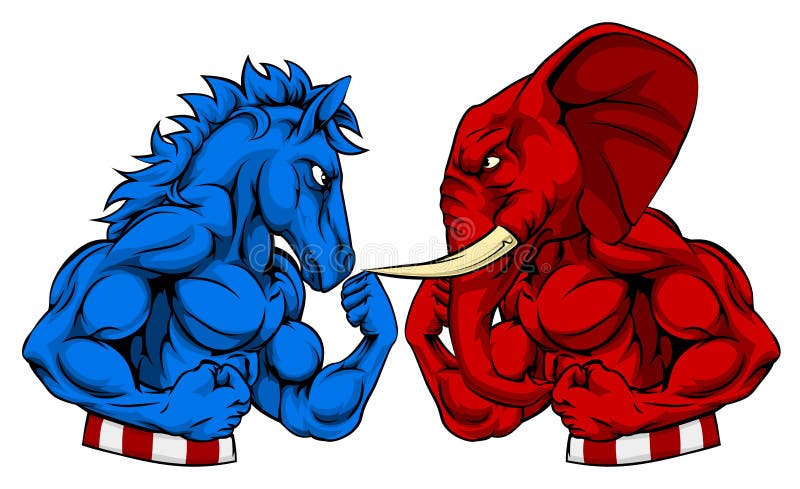 From the abstract of a fairly recent study:

Although past research suggests authoritarianism may be a uniquely right-wing phenomenon, the present two studies tested the hypothesis that authoritarianism exists in both right-wing and left-wing contexts in essentially equal degrees. Across two studies, university (n 5 475) and Mechanical Turk (n 5 298) participants completed either the RWA (right-wing authoritarianism) scale or a newly developed (and parallel) LWA (left-wing authoritarianism) scale. Participants further completed measurements of ideology and three domain-specific scales: prejudice, dogmatism, and attitude strength. Findings from both studies lend support to an authoritarianism symmetry hypothesis: Significant positive correlations emerged between LWA and measurements of liberalism, prejudice, dogmatism, and attitude strength. These results largely paralleled those correlating RWA with identical conservative-focused measurements, and an overall effect-size measurement showed LWA was similarly related to those constructs (compared to RWA) in both Study 1 and Study 2. Taken together, these studies provide evidence that LWA may be a viable construct in ordinary U.S. samples.

Or as the body of the text states,

Taken as a whole, these results suggest that left-wing authoritarianism may prove to be a viable construct in ordinary U.S. samples. Not only did LWA show a significant correlation with liberalism in both a sample of U.S. college students and a separate nationwide sample of U.S. citizens, it also showed overwhelmingly significant correlations with dogmatism, prejudice, and attitude strength. In each case, these relationships paralleled similar relationships between RWA and those constructs—and the overall average effect sizes in both studies were very similar for LWA and RWA. Further, the present results demonstrate that the presence of LWA cannot be attributed to a correlational sleight of hand: Analyses of mean patterns in both studies for liberals and conservatives clearly indicate as much (and indeed, slightly more) LWA on the left than RWA on the right. In short, these results suggest that LWA may in fact be alive and well in ordinary U.S. samples (pg. 15).

This new study reminds me of an article posted by Monica on Facebook on how social psychology misunderstands conservatives (and, consequently, liberals as well):1

The [Rigidity of the Right] model posits, as one summary puts it, that “a constellation of psychological attributes and evocable states — including dogmatism, closed-mindedness, intolerance of ambiguity, preference for order and structure, aversion to novelty and stimulation, valuing of conformity and obedience, and relatively strong concern with threat — leads to a preference for right-wing over left-wing political ideology.”

…[A] team led by NYU’s John Jost, a political psychologist, published an important meta-analysis that took a big, sweeping look at decades of prior work on this subject and concluded that, according to the available evidence, “The core ideology of conservatism stresses resistance to change and justification of inequality and is motivated by needs that vary situationally and dispositionally to manage uncertainty and threat.”

According to a chapter in the book The Politics of Social Psychology by the researchers Ariel Malka, Yphtach Lelkes, and Nissan Holzer and published last year, Jost et al.’s meta-analysis effectively resuscitated the rigidity of the right model after a “number of years” in which it “received sporadic attention.” As a result, critiques of the model began bubbling up, too — even as it captured a great deal of mainstream attention. The authors of the chapter are three of the more ardent critics of the model, and they lay out a number of potential flaws with it.

One of their strongest arguments concerns poorly constructed psychological instruments that don’t actually measure what they claim to measure. As they explain, “Scales treated as indicators of conservative vs. liberal ideology often contain content pertaining to religious sentiment, cognitive rigidity, orientation toward authority, and/or intolerance, in addition to (mostly cultural) political content.” That is, these scales in a sense assume that conservatives are more rigid or authoritarian or whatever else — the very thing they are used to test.

…In a paper published in Political Psychology in 2015, they reported on the results of a clever study in which they had respondents fill out either a version of the original scale, a version modified to tap liberal sentiments, or a version modified to tap conservative sentiments. In the original scale, for example, one of the items was: “A group which tolerates too much difference of opinion among its own members cannot exist for long.” In one tweaked version, the word religious was inserted before group; in the other, the word environmental was inserted instead.

As it turned out, these tweaks affected which group responded more “dogmatically” a great deal. Liberals scored as more dogmatic than conservatives when it came to their agreement with sentiments like “When it comes to stopping global warming, it is better to be a dead hero than a live coward” and “A person who thinks primarily of his/her own happiness, and in so doing disregards the health of the environment (for example, trees and other animals), is beneath contempt,” while conservatives, by contrast, scored higher than liberals on items tuned in the opposite political direction. (In fact, there was little difference between how conservatives scored on the original scale and the tweaked-to-be-more-explicitly-conservative version, lending credence to the claim that the original scale was biased in a direction that captured more conservative than liberal dogmatism.) “By making only small adjustments to a popularly used dogmatism scale, results show that liberals can be significantly more dogmatic if a liberal domain is made salient,” explained the authors.

These scales, in short, are all too often structured in a way in which respondents’ tendencies toward dogmatism or close-mindedness or intolerance are ascertained by asking them about issues that are politicized. And while social and political psychologists have sometimes asked about rigidity in ways designed to tap liberal ideas — the famed authoritarianism researcher Bob Altemeyer, for example, did publish a left-wing authoritarianism scale — this has been the exception rather than the norm.

Why this asymmetry? The Malka team carefully states early in its chapter that “[W]e make no claim that ideological bias plays a role” in any of the rigidity of the right model’s shortcomings, and that they “leave that as a matter for other scholars to debate.” But one obvious possibility that other social psychologists have raised, in both this context and others, is that certain weaknesses in the field flow from how ideologically slanted it is: Within social psychology, there is something like a 14-to-1 ratio in favor of liberal-identifying researchers relative to conservative-identifying ones. Even if you’re not broadly sympathetic to the idea that liberal bias in academia is a major problem — and I certainly view that claim as overstated — 14-to-1 is, well, a big gap. That’s how blind spots creep in — that’s how you keeping gauging study subjects’ “sensitivity to threat” by asking them about crime or terrorism, but rarely about climate change or right-wing police violence, and then “discover” that conservatives are more sensitive to threat. “This sort of ‘soft bias’ can be really hard to spot if most or all researchers have the same ideological outlook because it is built into people’s ideologically guided beliefs about reality,” said Yoel Inbar, a psychology researcher at the University of Toronto and a co-author of a key paper that revealed the ideological tilt within social and personality psychology. “Worrying about the threats your side cares about seems entirely well-founded and reasonable, worrying about those the other side cares about demands an explanation.”

The problem is that, if Malka and other critics of the prevailing social-psychological view of conservatism are correct, these soft biases have built up within the field and generated important misconceptions and, in some cases, overgeneralizations about the differences between liberals and conservatives.

One of the most potentially important examples is intolerance. According to the rigidity of the right model, conservatives are more intolerant than liberals. But in a Current Directions in Psychological Science article published in 2014, a team led by Mark J. Brandt of Tilburg University in the Netherlands poked and prodded that idea — and found that it toppled fairly quickly.