Check out this National Geographic article “How science is helping us understand gender.” Author Robin Henig outlines different intersex conditions that can be more complicated than the typical XX vs XY binary. But here’s the quote that really caught my eye:

This is a good summary of the factors that could contribute to a person’s understanding of gender, but it also helps demonstrate why conversations about gender get confusing fast. Two thoughts:

To my understanding (which I admit is limited), intersex issues are not the same as transgender issues, and in fact people with intersex conditions don’t necessarily appreciate being used as the wedge to push society to accept transgender issues.

Intersexuality is not the same as a transsexuality (gender dysphoria) and is not a transgender state. Neither of the latter terms is one that we recognise as belonging in any general discussion of intersex. We are not happy with the recent tendency of some trans groups/people to promote transgender as an umbrella term to encompass, for example, transsexuality, transvestitism and intersex. We object to other organisations/individuals putting us in categories without consulting us, especially categories that imply that interexed people, of necessity, have gender identity issues.

If gender were only a social construct, it would be hard to explain why a trans man could not more easily exist simply as a masculine cis woman, i.e. a tomboy or someone similar. If gender is unrelated to sexuality and genitalia, transitioning seems like an unnecessarily difficult undertaking (financially, emotionally, physically, and socially).

That’s not suggest that gender is wholly unrelated to culture. It seems intuitive to me that at least some aspect of gender, especially society’s understanding of gender, is based more on cultural norms than biology. The extreme and perhaps tired example is that girls like pink and boys like blue. Presumably if we birthed children in a society where the opposite was the norm, they’d just go with it. But here and now dressing a baby in pink is a way to signal to others “this baby is a girl,” and while of course you can dress your baby girl in blue, you will probably confuse strangers who think you’re signaling “this baby is a boy” instead of just “I like blue.” Maybe you don’t care about that (I don’t) but that’s the cultural norm and I expect it influences the relative proportion of boys and men willing to wear pink. I digress.

What does it mean, for example, for a person to have all the biological traits (chromosomes, sex organs, genitalia, and hormone levels) of a male but “feel” female? What is the difference between a biological male who identifies as female and a biological male who identifies as a male who is partial to activities and preferences culturally viewed as female? This distinction especially gets confusing when we add in the idea that your sexuality and sexual preferences are not related to your gender. So what drives the difference between a cis straight male who is comfortable with the color pink, being a stay-at-home parent, and [insert female stereotypes here] versus a homosexual trans woman who also likes all of those things?

I ask these questions sincerely. I recognize that people feel very differently about these topics and I don’t begrudge anyone that. And, in terms of policy, I don’t think it’s a good idea for the government to get very strict about what constitutes male and female, not only because intersex conditions complicate matters but also because it’s not hard to imagine situations that would put trans people in danger if they are narrowed to the options of traditional cis sexuality.1 As the New York Times explains:

I suspect that as we learn more about human physiology and particularly neurology, we’ll gain more insight into the phenomenon of transgenderism. But if that turns out to be the case, to my mind it would be further evidence that gender is biological, as long as we recognize that biology includes more than our genitalia. National Geographic hints at this possibility (same article linked above) when Henig explains:

At least a few brain characteristics, such as density of the gray matter or size of the hypothalamus, do tend to differ between genders. It turns out transgender people’s brains may more closely resemble brains of their self-identified gender than those of the gender assigned at birth. In one study, for example, Swaab and his colleagues found that in one region of the brain, transgender women, like other women, have fewer cells associated with the regulator hormone somatostatin than men. In another study scientists from Spain conducted brain scans on transgender men and found that their white matter was neither typically male nor typically female, but somewhere in between.

Maybe all of this musing is getting to a broader question: can psychology exist independent from biology? If someone is psychologically male can we assume, by definition, that some part of that person’s brain structures, neural connectivity, whatever, will look more similar to cis male brains? I’m interested to see what we learn as time goes on. 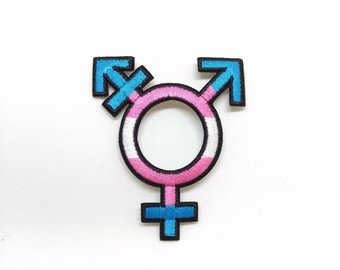 1 thought on “How much of gender is a social construct?”