Earlier this year, I did a literature review for class on the effects of trade on poverty. One section in particular focused on the link between trade and growth. A new Peterson Institute working paper by Douglas Irwin performed a similar service and I’m disappointed that I hadn’t come across it in time for my own paper.

So what are his conclusions?

The findings from recent research have been remarkably consistent. For developing countries that are behind the technological frontier and have significant import restrictions, there appears to be a measurable economic payoff from more liberal trade policies. As table 1 reports, a variety of studies using different measures of policy have found that economic growth is roughly 1.0–1.5 percentage points higher than a benchmark after trade reform. Several studies suggest that this gain cumulated to about 10–20 percent higher income after a decade. The effect is heterogeneous across countries, because countries differ in the extent of their reforms and the context in which reform took place (pg. 21). 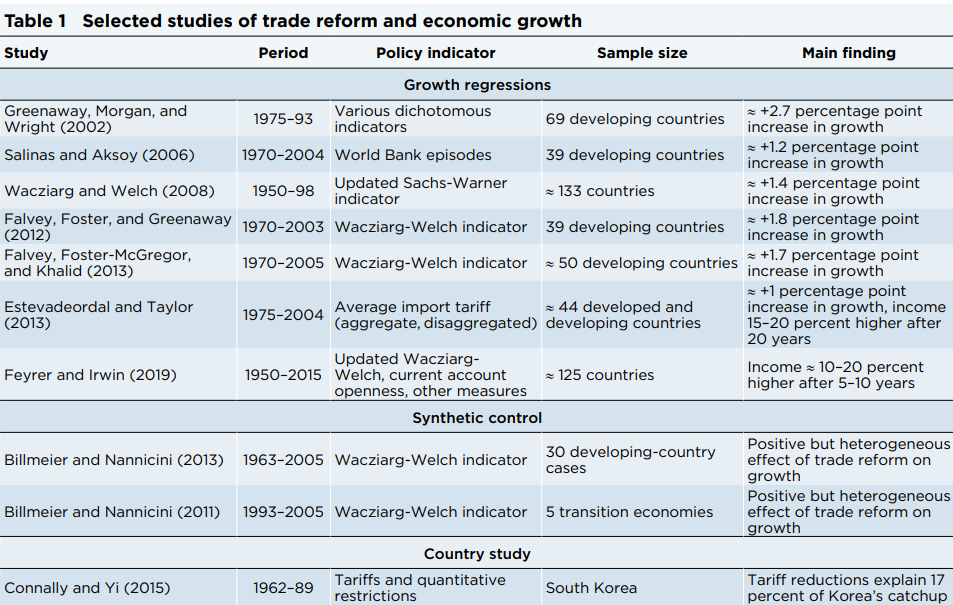 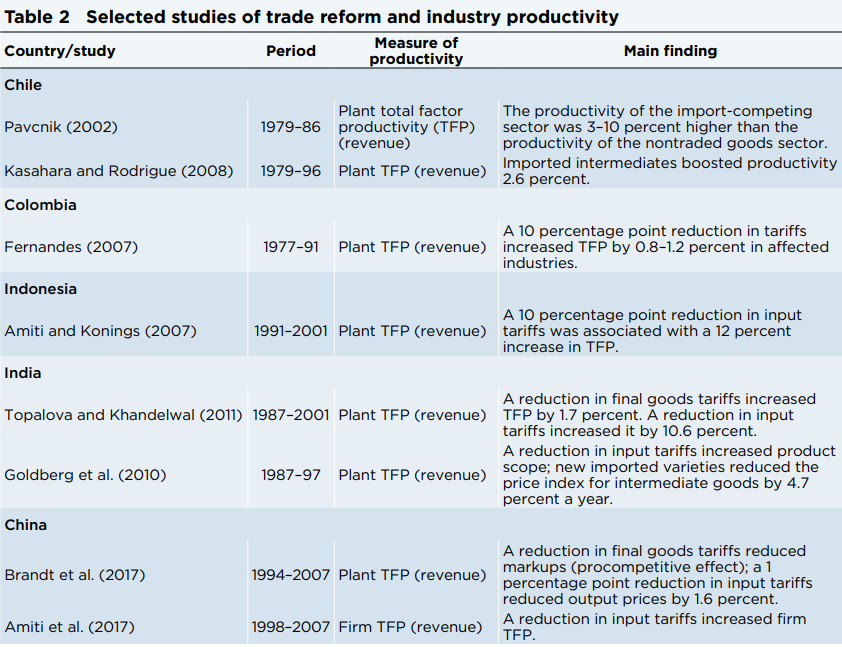 Glad to know my own research was on point.