When Mitt Romney made that infamous “47%” remark, it didn’t take long for people to shoot that full of holes. But, in my previous post on taxation, I also said that the idea of corporations getting away with not paying their fair share was also dumb. You might ask “Why’s that?” I’ll assume that you did ask, and give you the answer in this post. With magical ponies.

Statutory vs. Effective Taxes: Who Pays?

Here’s the thing: asking a corporation to pay a tax is a lot like asking a magical pony to pay taxes. They don’t exist. Now that I have simultaneously offended both Bronies and “corporate personhood” conspiracy theorists everywhere, I’ll explain what I mean.

Obviously corporations do exist in the world, but they are really just groups of people, and ultimately it is people who bear the brunt of the corporate income tax. When a corporation pays $1 to Uncle Sam, that money comes from somewhere. Here are some possibilities: 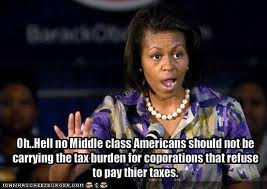 No matter what happens, someone pays. Customers? Employees? Owners? Retirees whose pensions own stock in the company? It’s so incredibly complex that economists don’t even try to guess. This is why complaining that corporations aren’t paying their fair share is so silly. In the first places: they never pay taxes! It’s like requesting a favor from the magical ponies! But, in the second place, not knowing who will end up shouldering the burden means that corporate income tax is just plain reckless.

To bring this back home to the original topic, statutory taxes refers to what’s written down on the books. Effective taxes refers to what happens in reality. In the case of corporate taxation, the question is “who pays?” The law says corporations do, but in reality it’s people that pay. That’s one difference between statutory and effective taxation, but there’s another one that’s at least as important.

Statutory vs. Effective Taxes: What’s the Base?

This is where we get to talk about tax deductions. This is a topic that applies to both corporate and individual taxation, but I’m going to talk about individuals for a change of pace.

I did this by shrinking my “tax base” which is just a way of saying “the thing that you base the taxes on”.

This can really help explain the current conflict between President Obama and House Speaker Boehner, who is basically picking up where Romney left off. President Obama wants to raise the tax rates on wealthy Americans, which is a way of boosting their statutory rate. The Republicans, when they are being sane instead of listening to Grover Norquist (which is actually fairly common), want to keep the rates the same, but curtail deductions. This would be boosting their effective rate. So, basically, both parties are agreeing to raise taxes on the wealthy. The question is: how?

We’ll talk about that on Monday.

4 thoughts on “Statutory vs Effective Taxes (and Magical Ponies)”