I snagged Babel, Mumford and Sons‘ most recent album, from a friend. He wanted to manage expectations. “It’s the same as their last album. Like… exactly the same.” I could tell by his tone of voice that this was supposed to be a bad thing, but it actually sounded great to me. Like, fantastic. Ever since I had heard The Cave on the radio in Michigan, drove home, and went directly to Google to find out who sang that incredible song, Sigh No More has been one of my very favorite albums. 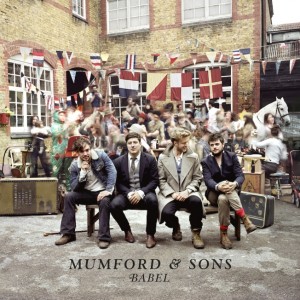 I have to say, however, that I have an unsteady relationship with anything popular. As a general rule, I prefer to do whatever everyone else isn’t doing. If I think I know where the crowd is headed, I turn around 180 degrees and start walking. And, lest you think that I consider this tragically heroic or some such tripe, I will add that the inevitable and quick result of this course of action is to find myself quite alone and quite sad about it.

So why do I do it? I have no idea, but I sometimes think that behavior explains pretty much my entire life starting with high school.

Surrounded by a lot of really smart, educated kids who were naturally overwhelmingly secular, I remained devout. But where most of the folks in that category would go for Catholicism or evangelical traditions, I was Mormon. Mormons have a fraught relationship with intellectuals these days, so naturally I veered off in precisely that direction. Which meant I found myself surrounded by progressive, social liberal types and therefore ended up a right-of-center social conservative.

I’m not for the current regime, but I am against the revolution. I’m not pro-establishment, but I am antidisestablishmentarian (not technically, but you get the idea).

I’d like to think my convictions are more sincere than that, but when I’ve finally rebelled against every successive previous choice like a deranged, self-loathing matyroshka doll until I find myself alone… I wonder.

Find me a battle, and I’ll pick the side with the fewest folks and join in. It’s not noble. It’s perverse. I probably need help.

So the fact that Mumford and Sons are popular enough that the invariable backlash is well underway (“If we’re honest, most of it comes down to marketing more than music.”) causes me some angst. And the fact that I’m bothered also bothers me, but luckily I’m actually pleased about being bothered about being  bothered, so that regress finds a happy termination. This may seem like a lot of chatter. That’s what my brain sounds like most times, but when I’ve got Mumford and Sons playing through my headphones, it sometimes all goes away. (Incidentally, this is also why I love running despite being fat and out of shape and writing fiction despite being terrible at it: they afford rare moments of respite from my dominating internal monologue.)

For me to really love music–to really lose myself in it and find my craziness actually somewhat soothed–I need a lot to hold on to. A single song, or a couple of songs, is not enough. I need an entire album. And it has to be  more than just the music: the lyrics are vital to me. No matter how beautiful instrumental music might be, my rational mind paces anxiously like a caged beast if I don’t give it words to chew on. They can’t be just any words, however. I need lyrics that promise to bring the analytic side of my mind and the yearning I feel for something transcendent into harmony. To knit the broken pieces into a tenuous unity, even if only for the length of a chorus.

The first album I loved this way was Disciplined Breakdown by Collective Soul, way back in high school. I liked the music fine (still do), but the Biblical imagery of the lyrics made me think there was something more. And then one day I realized that “Disciplined Breakdown” referred to the process of allowing God and the trials of life to break you down into humility. From Pslam 51:

16 For thou desirest not sacrifice; else would I give it: thou delightest not in burnt offering.

17 The sacrifices of God are a broken spirit: a broken and a contrite heart, O God, thou wilt not despise.

The second was Vheissu by Thrice, although Artist in the Ambulance also came close. That’s it, so far.

Will Mumford and Sons join the list? I’m not sure yet. The lyrics are not easy to understand, but we’re getting pretty close. What I’m trying to do, in my bumbling way, is build an altar to Heaven. The reason I can’t abide most overtly religious music is that–to me–it starts from a false place. It tries to emulate or imagine or envision the divine, and in the process it repudiates the mundane. You can’t do that. To be authentic, you have to start from where and who you are.  So pretending you’re already there won’t work. Trying to build a tower to literally get you there won’t work. An altar doesn’t actually get you very far off the ground, but at least it’s starting where you are and pointing in the right direction. It’s a failure, but it’s an authentic one and so it means something.

Religious experiences aren’t real unless they are authentic. It’s easy to go off and meditate or take a pilgrimage and feel transcendent, but it’s mostly a waste of time. You need something to bring the feeling of sublime transcendence into your lived life. You need to somehow make commuting to work or sitting in your cubicle a sacred experience.

It’s an impossible task, I know, but I can’t stop. It’s like listening to your favorite song on the radio and wanting to sing along even if you can’t sing. You  know that the song is beautiful and you know that your voice isn’t. You know you can’t actually contribute. You know that there’s nothing you can do that will match the beauty of what you’re listening to. But you sing anyway. You sing until your throat is raw and the singing may be awful, but the yearning, the longing, the desire to join yourself to something beautiful: that never is.