I’ve had a lot of crazy things going on that have put a temporary squeeze on my blogging. Have no fear! I have some great pieces I’m working on. (He said with great humility.) But due to family and professional things and also the Snowquester, I am a little behind my own goal for posting.

And I was about to go to sleep without posting anything at all, but the Sen. Rand Paul’s filibuster (nearly 11 hours so far) has grabbed my attention. 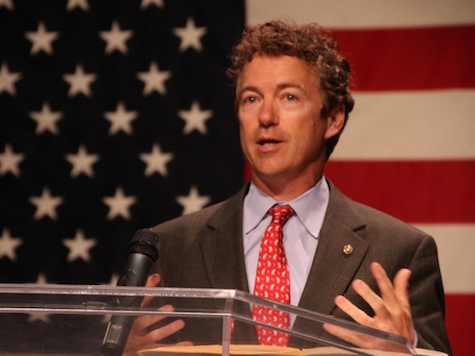 Senator Paul is filibustering the nomination of John Brennan to serve as CIA head. The problem is not with Brennan. It’s with the Obama Administration’s murky stance on using drones to assassinate Americans even far away from the battlefield. I’ve been following that legal discussion for some time, and the gist of it is that the White House says that they will only exercise that authority if there’s an “imminent” threat to America, but then they defined “imminent” to basically mean “whatever we feel like”. Real issue? Yes.

I’m as cynical as the next guy. There’s no question that Paul has an eye on 2016. Now Senator Ted Cruz is acting as his wingman–asking “questions” that involve just reading Tweets about #StandWithRand (trending at #1 on Twitter, I think), and there’s no doubt that Cruz is riding some coattails. This is politics. Cynicism goes without saying.

If you’re interested, and if you read this post soon, watch the live feed here: C-SPAN. (If C-SPAN sold commercials I bet they’d be really excited by this random spike in traffic!)

I don’t know if this is going to be a watershed moment in politics or not. Probably not, but I’ve got a cool feeling watching the feed. (A feeling that was dampened by some disgusting accolades for Ayn Rand, but which remains nonetheless.)

1 thought on “On Standing With Rand”