One of the things that has kept me from my usual blogging schedule this week is the passing of my wife’s grandfather, Charles H. Eades, Sr.

It seems like everyone in my wife’s family is named “Charlie” in honor of this man (including at least one girl), and it’s not hard to see why. He had an infectious smile, gentle love for everyone, and he was a war hero to boot. Of course I knew that Charlie served in World War II, and I asked him to tell me about it one day, a few years ago. I quickly regretted doing so, however. Although I was respectful, it was immediately obvious that what I saw as history was still living, breathing reality to Charlie. All I learned from that discussion was that he had landed on Omaha Beach on D-Day, that he lost a lot of close friends, and that the pain was still fresh, more than six decades later.

Today, at the viewing held in his honor, there was an article from the Southside Sentinnel for Veteran’s Day, 2010. I learned a little bit more about Charlie. I learned that he joined the Army National Guard before Pearl Harbor, that his landing boat was sunk before it reached the beach on D-Day,  that “some men” made it to shore, and that out of the 12 howitzers in his battalion, only one got on to the beach. It was assigned to another unit, and Charlie became an infantryman. I also learned that in addition to Omaha Beach, Charlie (this time back in the artillery) took part in action during the Battle of the Bulge. The article quotes his perspective on the extremely violent opening to the movie “Saving Private Ryan”. Charlie said simply: “It was exactly like that.”

I only knew him for the last 8 years of life, but I loved the man I knew. He had so much love for his kids, his grandkids, and his great grandkids. When my wife and I got married, he walked her down the aisle. For that alone, I would have thought he was a great man. Learning how  much pain and sorrow he had to face and overcome in his life only deepens my admiration for him. He lived a great life, and I’m honored that I was able to see even a small part of it. 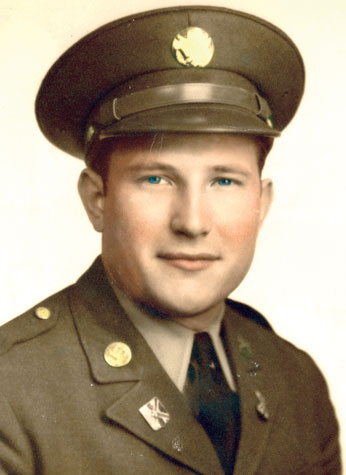