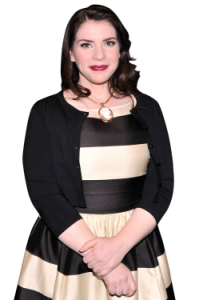 So Vulture has an interview with Stephanie Meyer (author of Twilight and The Host), and she mentions that she’s working on a sequel to The Host. That caught my eye because I just finished reading the book. I had been asked by a freelance writer to answer some questions about Mormons and sci-fi for a piece about the movie adaptation of The Host (article’s not out yet, not sure if/when it will be), and so I decided to check the book out. [Spoilers ahead, if you were thinking about reading it.]

I got the audiobook version (’cause I have no time for reading) and listened to it during my work commutes. I had it sped up (sometimes as high as 3x) to get through the story faster. And the thing is: I actually liked it quite a bit at first. The premise of the story is that Earth has been taken over by body-snatching parasites and only a few humans remain. You’d expect the story to be one of resistance and rebellion (e.g. Independence Day), but it’s not. Instead of action-adventure, the story takes on a much more fatalistic view of the invasion, which is completely accomplished before the story really starts. The result is that it’s a much more interesting take–philosophically and emotionally–on alien invasion. The relationship between the main characters (Wanderer, one of the parasitic aliens, and Melanie, her unwilling and rebellious host) is also a lot more interesting and, dare I say it, believable than I would have guessed. So the first third of the novel, roughly speaking, was really winning me over.

But then Stephanie did what Stephanie does. First of all, she has almost no ability (as far as I can tell) to trim. The worst of this, by far, was Breaking Dawn (yes, I read all the Twilight books) where it was abundantly clear that she had such affection for her own ideas that she was determined to put every last one in the book. Whether it had anything to do with the story or not. Secondly, there’s just a lot of weird gender-issues stuff going on that I don’t feel competent to evaluate fully but which definitely weird me out. The number of times Melanie gets beaten by the love of her life while and then goes off to whimper over her bruises and injuries while thinking about how much she loves the man who did this to her are just… disconcerting. Of course it’s not just your average partner-abuse scenario because Jared hates the parasite precisely because he thinks she has killed Melanie, but that only gets you one beat-down, in my book. After that, things get creepy. And then of course there’s Ian (another human) who does fall in love with Wanderer (the alien parasite), but only after he tries to choke her to death at the first meeting. And yes, Wanderer falls for him too. What’s a little strangulation in the face of love, right?

In the end, I think that Meyer has basically the same view of plot as she does of romance: some inexorable force that bends people to its will. Her characters are as stupid as they need to be in order to get them where they need to be in order to further the story. And it’s really disappointing to me, because she really has some great ideas, but they tend to get first drowned out in all the not-so-great ideas and then abusively manipulated in the interest of an irresistible happy ending.

Unlike Twilight, The Host had a lot of genuinely compelling ethical questions. In terms of sci-fi, it actually did a pretty good job. There were some really compelling elements, but in the end it was just a good story, told quite poorly. Still, I guess I have hope for Meyer’s future writing, because this seemed so much better than Twilight. I don’t expect much from a sequel, but when she writes another new story (and I have a feeling that she will), I’m probably going to give it a read.