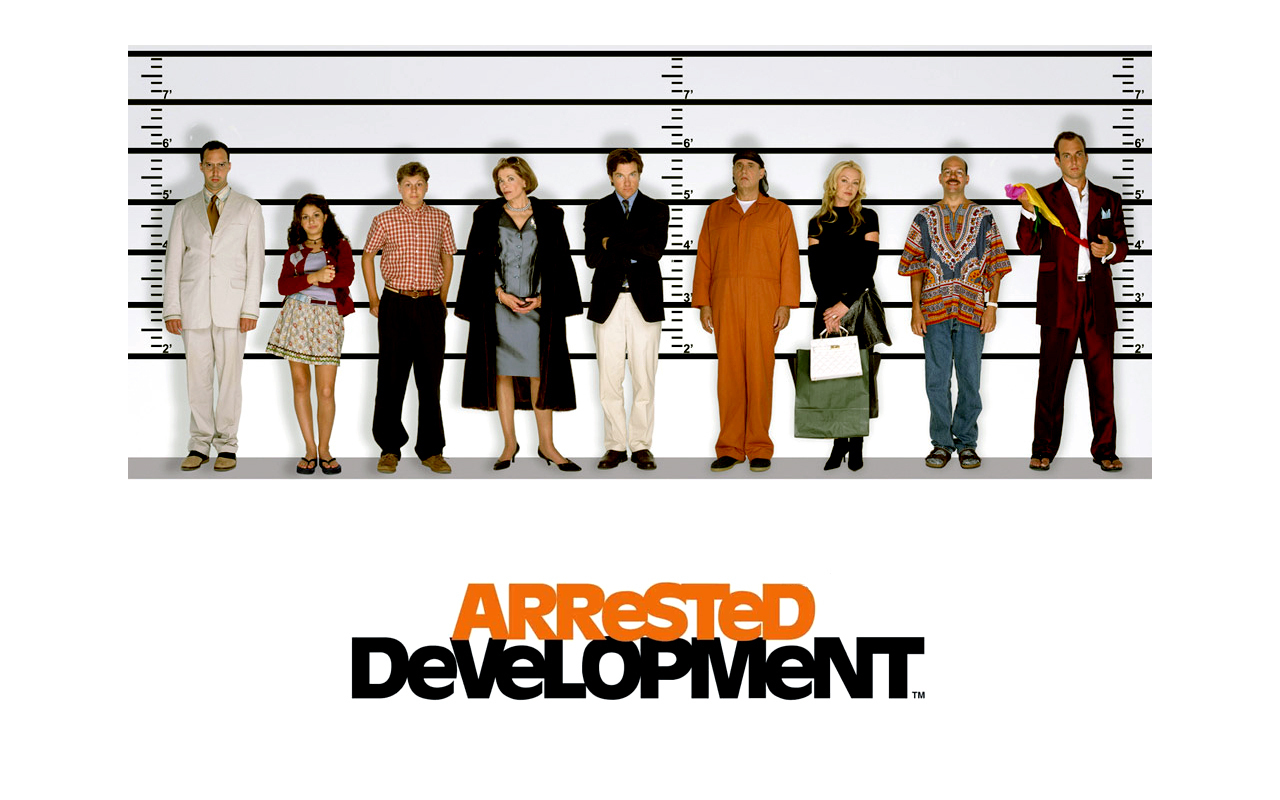 It took us about a week of evening viewing, buy my wife and I watched all 15 episodes of the new, fourth season of Arrested Development. I think this Washington Post review does a pretty good job of summarizing what the show has historically done right artistically:

“Arrested Development” was five years ahead of its time. Its meme-ability predated the rise of the meme. Its parodies of 1 percenters and malfeasant corporations were 1,000 news cycles ahead of the subprime mortgage crisis and the Olympic debut of Rafalca. The metastatic third and final network season, which wrapped in early 2006, thumbed its nose at the mundane forces that brought about its demise: modest viewership, fleeing advertisers and fickle TV executives. Each would soon be immaterial to a series’ distribution and survival.

Dan Zak, who wrote the review, then goes on to heap accolades on the newest season, although conceding that it’s not exactly cotton-candy entertainment:

The new 15-episode season of “Arrested Development” is staggering in its ambition, surgical in its execution and diabolical in its conclusion. It’s a chore to watch and a delight to decrypt. Its overwhelmingness contributes to its initial underwhelmingness. But in time, with a moment to reflect, it begins to feel like the fullest and fraughtest expression of its form.

It is, in a perverse way, the “Ulysses” of sitcoms.

Maybe Zak is right, but the vicious ambition of the show is not what drew me in as a fan in the first place, and so the most recent season missed it’s mark with me. Although the characters of Arrested Development are famously unlikable, I always felt that the trio of Michael, Geroge Michael, and Maeby formed a kind of human heart at the core of the show. In a strange way, they made the rest of the self-absorbed and vacuous characters seem human. Although no one would ever accuse Arrested Development of being sentimental, I actually thought there was something heartwarming in the fact that–no matter how repulsive they were–the Bluth family stayed a family. No one could ever explain what kept Lindsay and Tobias together, for example, but they stayed together.

None of that remains in the fourth season.

The fourth season mostly obliterates the cute (but very weird) relationship between Maeby and George Michael, turns Michael into a bizarrely irrational, vindictive, and obnoxious character, and then even sets father and son against each other, sundering the one relationship that seemed functional in the entire show. What’s left for me to care about? Up until season four, I still felt like I was rooting for those three characters. They were my conduit into being able to identify with the whole family, and so in a way I was always laughing with the Bluths as much as at the Bluths. Now, however, I’m just a stranger watching idiots do outrageous things. I can appreciate the artistry in a dispassionate kind of way, but it feels cold and clinical.

I can’t really complain. As Zak points out: all season four really did was take what had made Arrested Development great in the first three seasons and turn the knob to 11. It certainly has absolutely hilarious scenes and the incredibly byzantine interconnected, non-linear storytelling is a work of art. I’m sure that a lot of fans of the first three seasons appreciated the fourth as well, but I also feel like quite a few–like myself–are kind of quietly horrified at what the show has become.

I’m glad that they made it. It’s high-concept and ambitious and smart. I crave smart TV, and I’m glad to have watched this season, but I can’t deny that it’s sad to feel the loss of a connection–no matter how weird and dysfunctional–that pervaded the earlier seasons. The new Arrested Development ain’t bad, but it also just ain’t the same.