There’s more information about government surveillance coming out of the woodwork than I can keep up with. One of the most interesting stories I’ve read since the news broke last week is a blog post from Backblaze about whether or not the NSA is using Backblaze storage pods to keep all that data they’re snooping. Backblaze is an online backup company offering unlimited, low-cost data backup. They keep costs down by building their own storage racks. They don’t sell the racks, but they do open-source all the designs. Version is 3.0 which stores 180TB of data for less than $2,000.

The post makes a very solid case that the NSA might be building their own Backblaze storage pods. There’s a lot of extra information about the intersection of IT and national intelligence that’s interesting as well, such as the fact that the NSA might be interested in the Backblaze pods because they are open-source, which makes it easier to keep the purchases secret. 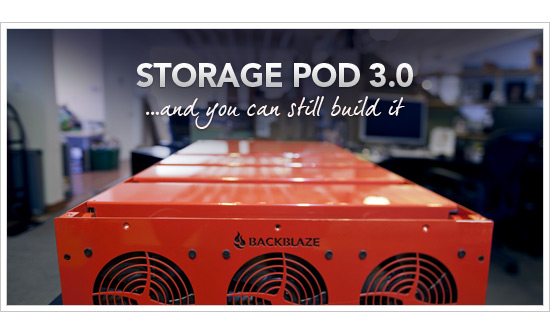 2. Rand Paul starting a lawsuit that he hopes to take to the Supreme Court.

If we get ten million Americans saying we don’t want our phone records looked at, then maybe someone will wake up and something will change in Washington.

3. A petition on the official White House page to pardon the Edward Snowden that has already received more than 20,000 signatures.

Edward Snowden is a national hero and should be immediately issued a a full, free, and absolute pardon for any crimes he has committed or may have committed related to blowing the whistle on secret NSA surveillance programs.

4. While most of the scandals continue to fall short of President Obama’s reputation, Jay Leno continues to push the envelope and actually mock the man himself.

Hey, Snoop is back in the news. Not Snoop Dog, Snoop Obama.

These are certainly interesting times. I guess this is a painful lesson for the intelligence community that the brave new world of easily shared information cuts both ways, and I think it certainly marks a turning point in our own discussion as a nation about privacy and civil liberties.

2 thoughts on “Does the NSA Use Backblaze Storage Pods? And Other Oddities…”