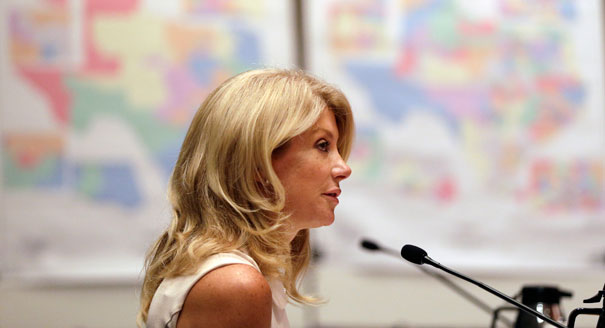 So, America’s conception of Planned Parenthood is really, truly bizarre. This is an organization founded by a racist eugenicist which today has basically two reasons for existence: to prevent pregnancies or end pregnancies. And yet, with copious use of the color pink and little else, the organization has managed to pass itself off as some kind of women’s health organization, despite the fact that, you know, it doesn’t actually provide many medical services at all. Everyone went nuts when Komen temporarily pulled their Planned Parenthood donations because Where are poor women going to get their mammograms!? I don’t know, but since Planned Parenthood doesn’t offer mammograms it’s kind of a weird question. In face, they don’t do any cancer screening of any kind. Why was Komen giving them money again? Who knows, but here’s your pink ribbon.

So when Wendy Davis pulled off her 11-hour, old-school, Mr. Smith-style filibuster to prevent Texas from passing a law to ban late term abortions, I was happy to give her props for standing for what she believed in even if I, like Governor Perry, found her position to be tragically ironic. Perry said:

Who are we to say that children born in the worst of circumstances can’t grow to live successful lives?  In fact, even the woman who filibustered the Senate the other day was born into difficult circumstances. She was the daughter of a single woman, she was a teenage mother herself. She managed to eventually graduate from Harvard Law School and serve in the Texas senate. It is just unfortunate that she hasn’t learned from her own example that every life must be given a chance to realize its full potential and that every life matters.

Perry’s comments seem perfectly reasonable to me, but the president of Planned Parenthood decried them as “insulting to women” while Davis herself said “they are small words that reflect a dark and negative point of view.” It’s a very odd turn of events when a conservative Republican governor praises a single mother and gets pilloried for it by the left, but the reality is actually even weirder than that.

Davis also decries the way that in Texas abortion has become a political football in these hard, cynical, modern times. Not like the glorious 1970s when, you know, Roe v. Wade originated in Texas. Anyone even cursorily familiar with the case knows that the lawyers searched long and hard for the ideal candidate to start a potential SCOTUS case, and were happy to manipulate Roe (who is now an ardently pro-life Catholic) for their own political agenda. 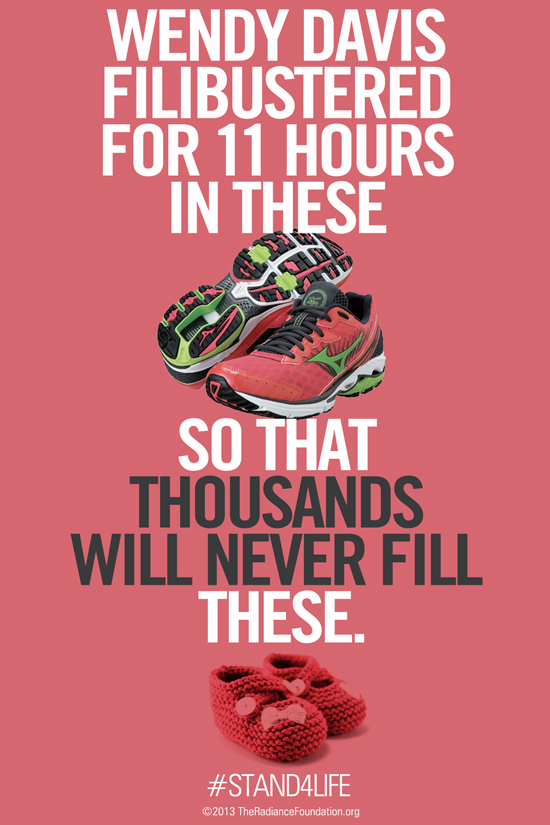 The terms “pro-choice” and “pro-abortion” are contentious, and I prefer to use “pro-choice” to just avoid pointless semantic arguments and because I figure it’s simpler to let everyone pick their own name as a general rule. (I also think it more accurately describes the majority of people who self-identify as pro-choice.) But there are definitely aspects to the pro-choice movement that seem more pro-abortion than pro-choice to me. One example of this is opposing laws that would impost stricter regulation on abortion clinics. Another example is opposing the application of the regulations we already have (which is where you get a Kermit Gosnell in Pennsylvania or a Douglas Karpen in, oh where was he again? that’s right: Texas). And a third example? This weird hagiographic view of the nation’s largest provider of elective abortions.

2 thoughts on “Wendy Davis and the Sainthood of Planned Parenthood”