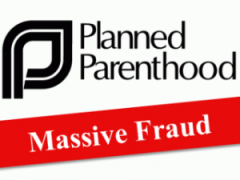 Regrettably, however, we’ve got another egregious example.

Exhibit A – A breast-cancer awareness organization decides to stop giving their money to Planned Parenthood which is a a group that, you know, doesn’t have anything to do with breast cancer. Result? Weeks of wall-to-wall coverage, boycotts, heads rolling, etc. And let’s just really emphasize this point because it is itself an example of egregious media bias. President Obama himself claimed–in a presidential debate–that Planned Parenthood helped millions of women with mammograms. And yet:

The problem is the mammogram claim is untrue, as was just cleverly highlighted by “Schedule Your Imaginary Mammogram Day,” a phone campaign that found no Planned Parenthood clinics capable of breast cancer screening. Planned Parenthood has neither the license nor the machines. The most the abortion giant has ever done is refer women to outside mammogram providers, filling the role of the Yellow Pages or Google.

Keith Riler at First Things goes on to say that the reason Planned Parenthood doesn’t offer mammorgrams is very simple: they don’t have any margin relative to providing abortions. Abortions are more than 125 times more profitable than mammograms. Sound cynical? Well, let’s consider exhibit B.

Exhibit B – Planned Parenthood, which has a history of shady cost-cutting practices, is accused of new wrongdoing in 12 states and settles for $4.3 million in one such case in Texas. Result? Eery silence. Crickets chirping.

And let’s make absolutely clear that, although Planned Parenthood is technically a non-profit they definitely make a profit in the sense of pulling in a lot more money than they spend and they are happy to pass along cheap contraceptives and defraud Medicaid to get there. And working at the top levels of Planned Parenthood certainly pays the bills, too, with CEOs making 6- and 7-figure salaries. I’m well aware of the argument that non-profits need to pay well to attract talent from the private sector, but it beggars belief to see the lack of mammograms from a “women’s health” organization, the fraud, and the high salaries together and not smell a rodent.

Media bias is not a coordinated conspiracy. It’s group think. It’s what happens when journalists working in mainstream outlets all happen to share more or less the same spot on the political spectrum. They don’t intentionally mislead; they just see certain aspects of the world in the same way.

Media bias doesn’t apply equally to all issues, but the one issue where it is most virulent is abortion. Whether it’s concealing the fact that banning abortions at 20 weeks is tame in comparison to Europe’s bans (usually at 12 weeks) to make the laws seem extreme, calling pro-life efforts a “war on women” despite the fact that women are as divided on the issue as Americans broadly, or the hagiography of Planned Parenthood, abortion is one of the issues where the media deserves the least trust.